“Some years ago, I was visiting a grandmother who was looking after her two young grandchildren in a mountainous region of Uganda. We got out of the Land Rover with our country staff and walked over to her shamba, expecting to have a relaxed working day in the countryside.

Instead we were greeted with the news that she had been killed. People came out of their huts to tell us the story. The two grandchildren emerged from the family hut, looking bereft.

Neighbours told us she had sold some land but had not been paid for it. Venturing over to her debtors to ask for the money, instead of paying her, they had killed her,” a blogger writes.

“Many places in Jharkhand, in India have stories wherein old women are suddenly declared ‘witches’. These women may be driven out of their homes, beaten, tortured, or killed. the motive behind this may be superstition, but it is also in many instances relatives wanting to snatch an old widow’s land,” says a social worker.

Elder abuse has many firms and occurs in the privacy of one’s homes. Denying old people adequate food, medical treatment and so on are some of the common types of elder abuse.

World Elder Abuse Awareness Day (WEAAD) was launched on June 15, 2006 by the International Network for the Prevention of Elder Abuse and the World Health Organization at the United Nations.

The purpose of WEAAD is to provide an opportunity for communities around the world to promote a better understanding of abuse and neglect of older persons by raising awareness of the cultural, social, economic and demographic processes affecting elder abuse and neglect.

In addition, WEAAD is in support of the United Nations International Plan of Action acknowledging the significance of elder abuse as a public health and human rights issue. WEAAD serves as a call-to-action for individuals, organizations, and communities to raise awareness about elder abuse, neglect, and exploitation. 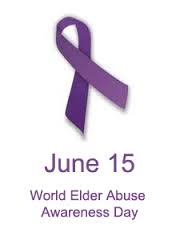 The global population of people aged 60 years and older will more than double, from 542 million in 1995 to about 1.2 billion in 2025. Around 4 to 6% of elderly people have experienced some form of maltreatment at home. Elder maltreatment can lead to serious physical injuries and long-term psychological consequences. The incidence of abuse towards older people is predicted to increase as many countries are experiencing rapidly ageing populations.

Elder abuse is a global social issue which affects the health and human rights of millions of older persons around the world, and an issue which deserves the attention of the international community.

The United Nations General Assembly, in its resolution 66/127, designated June 15 as World Elder Abuse Awareness Day. It represents the one day in the year when the whole world voices its opposition to the abuse and suffering inflicted to some of our older generations. 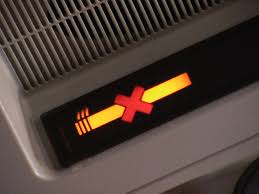 This tobacco thing … It’s all smoke 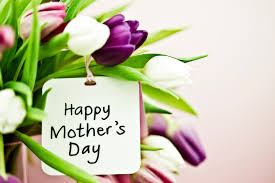 How some of us celebrated Mothers’ Day

Impact of Social Media on Family