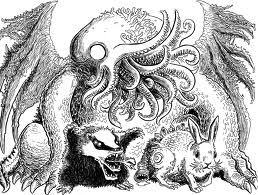 Aizawl, Mizoram: Mob justice again? In Mizoram, hundreds of protesters from Thingdawl and its neighbouring villages in Kolasib district tried to drag out a man accused of attempted rape from Saipum Mizo India Reserve Battalion camp. The police fired blanks to disperse the mob. But the mob left the camp around one o’clock Sunday morning after the police officers assured them of justice.

It was similar to the Dimapur (Nagaland) incident when an angry mob dragged a rape accused out of jail and lynched him. On March 5, a rape accused, who was from Bosla village in Karimganj district, was dragged out of prison in Dimapur by a mob, taken to the clock tower, 7km away, and brutally killed.

A tense atmosphere prevailed yesterday at Saipum . Additional forces from Kolasib and Mualvum were sent to Saipum .

A man named Lalhimpuia, 42, had allegedly tried to rape a girl at Thingdawl village on June 18. He fled when the girl’s family arrived on hearing her screams. He took shelter at Thintel village, from where he was arrested by Kolasib police Saturday afternoon, the police said. Lalhimpuia is a resident of Thingdawl

When people from Thingdawl and neighbouring villages learned of Lalhimpuia’s arrest from Thintel, they started chasing the police.

“Sensing trouble, the police took the accused to Saipum Mizo IRB camp instead of Kolasib police station. It is difficult to determine the total number of people gathered in front of the camp, but they were many,” police officer Lalzahngoa said.

The mob surrounded the camp, demanding that the accused should be handed over to them. When they tried to enter the camp to drag out the accused, the policemen deployed at the site sounded a warning and then resorted to blank firing to disperse the mob.

A meeting was later held near the battalion camp Saturday night. The protesters agreed to leave after the police assured them that a probe would be conducted and stern action would be taken against the guilty.

In Aizawl, Vanlalruata, the general secretary of the Young Mizo Association, a prominent NGO, condemned the rape. Vanlalruata, who came to know about the incident through media reports, demanded stern action against the guilty.

“Women should be respected. Any kind of violence against women is not acceptable in any civil society. The judicial system must take up such cases very seriously and justice should be delivered as early as possible,” he said.