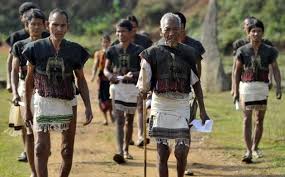 A day after the  promise to seal the Indo-Bangladesh border in two years and complete the National Register of Citizens (NRC), a prominent organization fighting against infiltration demanded special measures to prevent indigenous people from becoming a minority in their own homeland.

PVM convener and senior advocate Upamanyu Hazarika said the mandate given by the people of Assam to the present BJP-AGP-BPF alliance is to ensure that indigenous people do not become a minority.

Hazarika argued that the measures are insufficient because NRC update will confer citizenship on the children of illegal migrants born in Assam.

Though post 1971 migrants are illegal, Hazarika argued that their children born in Assam will acquire citizenship by birth which in itself is sufficient to turn indigenous people into a minority. “This can be ensured only by giving land reservation and restricting land alienation to only those who were citizens in 1951 besides reservation in government jobs,” said Hazarika.

“The NRC verification process has thrown up a large number of fake documents that need to be independently investigated. This aspect needs to be probed by not only prosecuting the foreigners but all those in government who have helped and assisted them,” said Hazarika.

The PVM pointed out that had sealing of border and NRC update been carried out in 1971 or in 1985 after the Assam Accord, it would have been sufficient in curbing the threat to indigenous people.

“But it is 45 years since March, 24 1971. And even the cut-off date 1971 (for detection of foreigners) is subject to determination by the Supreme Court. That is whether it should be 1951. The huge demographic changes in the last four decades cannot be ignored. It is important that all the aspects relating to foreigner identification and protection of indigenous people should be addressed comprehensively,” Hazarika said.

[Prepared by Animesh from media sources]