Kerala: Go ahead, take whatever amount of cash  you need. A rare display of Mercy by a Catholic Parish Priest. Story below:

A catholic church in India made this public invitation on Sunday as it opened it donation boxes to needy people, Global Christian News reported.

The surprising act of generosity has given hope and inspiration to many people struggling to cope with the shortage of money following the implementation of Prime Minister Narendra Modi’s demonetisation policy.

Jimmy Poochakkatt, the parish priest of St. Martin De Porres Church in Ernakulam district of Kerala, told parishioners that  people were free to take as much money as they needed from the donation boxes.

Around 200 families initially took advantage of the church offer on Sunday.

On the night of Nov. 7, Prime Minister Modi made a surprise announcement, saying his government was removing 500 and 1,000 rupee notes from circulation, in effect freezing 86 percent of the Indian currency. The Indian prime minister said the move was intended to stop black money, corruption and terrorism.

The announcement sparked panic throughout the country. People tried to get as much money they could from ATM before the monetary freeze took effect on Nov. 9.

Poochakkatt said the  government action has adversely affected many people. “Many in the parish are even struggling to buy daily necessities. A lot of them don’t know how to get the cash from ATMs and banks,” he said.

This was the reason why the church decided to open its donation boxes. “We have lower denomination in our cash box. People in need can take money from there and return whenever they want,” the priest said.

“There were many Rupees 500 and Rupees 1,000 notes in the boxes, but these were left untouched. Smaller denomination currency notes were the ones taken. Though no limit was prescribed, none was seen grabbing at the money. All of them came and took according to their needs in an admirably disciplined manner,” Poochakkatt said.

Experts say it will take up to four months for the situation in India to normalise.

Almost every day, news sources report stories about people who have been left with nothing to eat for lack of money. Scuffles in queues at ATMs and banks have reportedly become common throughout the country, as people line up from early morning till late at night to get money.

Weddings and private functions have largely been postponed amid the money crunch. 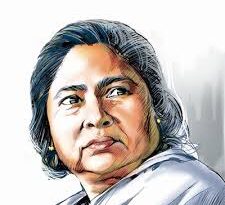 Is Mamata stirring up a Christian-Muslim divide in Gorkhaland? 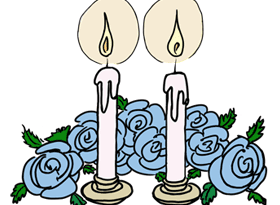 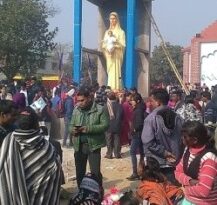 In Search of Divine Grace in Mokama, Bihar