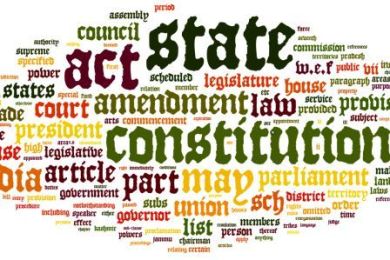 A ‘Save the Constitution, Save the Country’ rally was held on Sunday, attended by some 1500 people in the pouring rain. These folks came from several districts around Patna. They were ordinary folk: daily wage earners, teachers, students, a professor or two, a couple of government employees and so on and so forth.  So, what was newsworthy?

For one, the grandson of the late Bhimrao Ambedkar, Yashwant, addressed the rally. Bhimrao Ambedkar was the framer-in-Chief of the Indian Constitution. The rally was organised by Uday Narayan Chaudhary, the former speaker of the Bihar Assembly. Chaudhary, from the JDU  lost his seat to Jitan Ram Manjhi in the past Bihar elections. Ever since Chief Minister Nitish Kumar scuttled the Grand Alliance (RJD-JDU-INC) and joined up with friend-turned-foe-turned -friend BJP, Chaudhary has been uncomfortable. The growing number of violent attacks and lynching on members of the Dalit community, and what is being seen as the Centre’s watering down of the law protecting the Dalits from violence and exploitation, are some of the reasons for this discomfort. 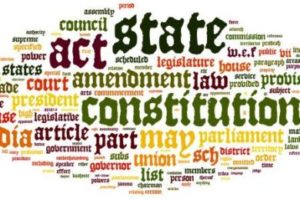 The Patna based English language media largely ignored the rally. The Patna edition of The Telegraph chose to mention the rally in a single line within a piece that talked about ‘opposition Dalit leaders slinging mud at each other in separate incidents.’ To the best of the knowledge of our student reporters who covered the event, there was no mention of Jitan Manjhi or his party from the dais, during the almost four-hour-long programme.

What was talked about on the dais was the way in which the disinformation machinery of the ruling dispensation and the discrete ‘fringe’ groups loosely affiliated to them have become a threat to the very idea of a secular and democratic India.

There was an appeal for unity between Dalits and all minority groups on issue-based, not caste based issues to counter the perceived divisive agenda of the political parties in power. The Indian constitution bases nationhood on the equality and dignity of all born on the geographical entity that is India. The RSS and their affiliates base nationhood and nationality on an aggressive Brahmanical ideology and the laws of Manu, which promote the supremacy of some over others. Therefore the noise-makers in both the BJP and the RSS constantly challenge the ideals of equality, brotherhood (fraternity) and dignity of all as enshrined in the constitution.

The RSS-Hindutva narrative is: Muslims cannot be your brothers, neither can Christians or Sikhs or Jews;  Dalits and other low-born ‘Hindus’  cannot be truly equal, because such an equality contravenes the laws of Manu, upon which the ‘real constitution’ should be based. Therefore this constitution which gives all Indians the right to marry whom they please, to worship where they please, and to live in peace and harmony as they please, regardless of caste, class, or religion must go. The right of every single citizen to express himself, to believe in whatever god or gods he chooses to believe in, or not to believe in, has been slowly subverted through mendacious ‘Anti-conversion bills’. Briefly, this Constitution, that promotes inter-caste marriage, rational thought, diversity of languages and cultural practices, and most of all, the dignity of the working classes, must be destroyed. This is how the narrative is being played out on practically every forum.

Unfortunately, though speakers made a few references to how the Constitution is in danger of being subverted or thrown out altogether, the thrust of the speeches seemed to be more about increasing job reservations for the Scheduled Caste and Scheduled Tribe communities. References were made to a demand that 60 per cent of the jobs in private companies be reserved for Dalits / OBCs. This so badly defeated the purpose of the rally.

The average secular-minded Hindu, and non-Hindu is already worried about the increasing reservation and quotas in the government sector. Less jobs for the so-called General Category people, who form a sizeable chunk of the educated, articulate, productive ‘secular force’ in this country. The politicians have so far totally failed to address the burning question of the ‘creamy layer’ among those SCs and STs who have incomes comparable with and above the ordinary middle class, ‘general category’ Indian. If your father already has a government job and is drawing a decent salary, owns a car and a house, why are you sucking up all the ‘extra benefits’ from the government, just because you have a ‘caste certificate’? Why haven’t successive governments firmly drawn the line, because reservations and rebates to SC and ST people are in the nature of concessions, privileges, and are not inalienable rights?

More quotas and privileges to the Dalits based merely on the fact that they were born into Dalit families makes no sense. You criticize the laws of Manu for giving quotas and privileges to Brahmins based on the fact that they were born into Brahmin families. The argument that the so-called lower castes should be given even more reservations and job opportunities in government even though they may be lower on the merit scale is an insult to the memory of Phule, Ambedkar and Jagjivan Ram, who were great academic achievers ( Mohandas K Gandhi wasn’t very great with school and college grades). There were no ‘quotas’ and ‘grace marks’ and ‘age relaxations’ then!

The argument put forward by many pro-reservationists that the Dalits must be given privileges such as job reservation to compensate for the generations of ‘injustice’ is nothing but reverse manu-vadi-ism.

Yes, in the interests of social justice we need to ensure that Dalits are given quotas in the best of educational institutions, that they are given scholarships, and maybe a few age relaxations well, because they may have joined formal education a bit late. But they should sit for exams and excel at them just like everybody else.

The cut-off marks and qualifications for jobs should be the same for all, regardless of caste, religion, or gender. If there is a mandated government job quota for Dalits/ OBCs etc. (to put a  check  on Brahmin or upper-caste ‘supremacist tendencies’), then the quota should be filled by those Dalits with comparable marks and qualifications. Capability. No bribes, no fear, no favours.

Calling for a mandatory quota for Dalits in the private sector, regardless of capability and ability to perform is empty posturing, devoid of any acceptable logic. It also undermines the spirit of Equality and Fraternity as enshrined in the constitution. Keeping the Constitution of India in mind, Dalit Supremacy is as ethically unacceptable as is Brahmin Supremacy. Social Justice and equity mean giving all a level playing field: all genders and sexual orientations, all castes, all creeds, all persons- be they religious, agnostic or atheist.

There are too many shrill voices, just too much rhetoric and hot air on both sides. One can only hope that the Indian Constitution is not pulled apart, section by section, by the Dalit hardliners on one side and the RSS ideologues on the other.