ITALY:  Rescuers in the north-western Italian city of Genoa continue to search for possible survivors after the dramatic collapse of a motorway bridge, reports the BBC.

Police say at least 26 people were killed and 15 badly hurt, when dozens of vehicles fell 45m (148ft). (August 14) Reports say cries can be heard from people trapped in the debris. Twelve people are said to be missing.

Some 300 firefighters from across Italy have been using sniffer dogs and climbing gear in the search.

“We’re not giving up hope,” fire official Emanuele Giffi told media persons, vowing teams would work “round the clock until the last victim is secured”.

Hundreds of people were evacuated amid fears other parts of the bridge might fall.

The cause of the disaster, which occurred during torrential rain, was not immediately clear but questions had been raised about the safety of the structure.

Italy’s Interior Minister Matteo Salvini has vowed to bring anyone responsible for the collapse to book.

The Morandi Bridge, built in the 1960s, stands on the A10 toll motorway, an important conduit for goods traffic from local ports, which also serves the Italian Riviera and southern coast of France.

“We are continuing with the rescue operations because we think there are other people alive under the rubble,” Genoa police spokesperson Alessandra Bucci told Reuters.

The Italian fire service tweeted a video of one person being extracted and carefully lowered on cables from a shattered vehicle, which was suspended in the wreckage of the bridge, high above the ground.

Between 30 and 35 cars and three heavy vehicles were on the bridge at the time of the collapse.

A huge tower and sections of the bridge collapsed on to railway lines, a river and a warehouse. Reports suggest that nobody was killed on the ground, although some people were injured.

Marcello de Angelis, who is co-ordinating the Italian Red Cross rescue effort, told the BBC that rescuers were treating the disaster like an earthquake. “There might be the possibility of some niches being created by the rubble itself, with people being protected by the rubble,” he said.

A section measuring about 200 metres fell at around 11:30 local time (09:30 GMT). Police say there was a violent cloudburst at the time. An unnamed witness quoted by Italy’s Ansa news agency said: “We heard an incredible roar and first we thought it was thunder very close by.

“We live about 5km [three miles] from the bridge but we heard a crazy bang… We were very scared… Traffic went completely haywire and the city was paralysed.”

The collapse of the bridge was an “incident of vast proportions on a vital arterial road, not just for Genoa, but for the whole country”, said the governor of Liguria region, Giovanni Toti.

“The Morandi bridge connects three major ports in our country, used by tens, even hundreds of thousands of people. They depart from these ports on holiday. These docks receive most of our country’s imported goods. It damages the very structure of the Italian logistics system. We are expecting a very fast response from the government.”

Mr Borrelli said the authorities were trying to arrange help for those affected by the disaster, as well as setting up diversions for traffic.

French President Emmanuel Macron tweeted a message of sympathy to the people of Italy, writing in both Italian and French. He said France was ready to offer any necessary aid.

European Commission chief Jean-Claude Juncker voiced his “deepest sympathy and sincere condolences to the families and friends of those who have died, and to the Italian people”. 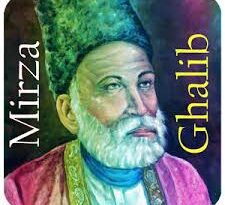 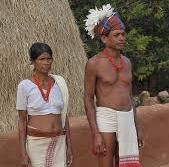 No Widows in this MP Tribal Community !