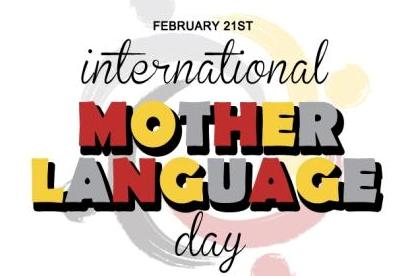 As the world celebrated the International Mother Language Day on Thursday, a sobering thought is that the heartbeat of several cultures and identities, the Mother Tongues, are slowly dying out, being replaced by lingua franca and official languages. Lingua Franca literally means ‘the language of France’, and there was a time that the bridge language for Western nations was French, not English.

Observing International Mother Language Day was an initiative of Bangladesh to celebrate linguistic diversity. It was on February 21, 1952, when many were killed or were injured in Bangladesh (at that time East Pakistan) while protesting the forceful imposition of Urdu over Bangla in Bangladesh. This language struggle formed the genesis for Bangladesh’s independence.

In our own country we see the growing imposition of the Hindi language, that often causes friction in the South and the Northeast. In fact, several tribal and indigenous languages are ignored, and not granted official status. This really means that the languages are slowly being allowed to die out.

“English is the market language. It provides opportunities, so parents are inclined that their kids learn the language,” Head of Linguistic department of the North Eastern Hill University, Prof Shailendra Kumar Singh says.

“The key to cultures, identities is the Mother tongue. The death of the Mother tongue is the death of one’s identity and culture,” Rabindra Singh Ngangom from the department of English, NEHU says. Ngangom, also a poet, writes both in English and his Mother Tongue Manipuri and added that the second language for any community is the “borrowed identity.”

“We need to read and write in our Mother Language, not just in English or else life would be monochromatic without any diversity and colour,” Ngangom argues.

Several academics and intellectuals blame successive Governments for not putting in enough resources and support for preservation and promotion of different languages in India.

“There are hardly any degree courses for many of the languages at the University level. Therefore, there is less opportunity when someone wants to pursue higher education in their Mother Tongue,” he pointed out.

One remembers that Rajiv Gandhi, when he was prime minister, promoted the three language formula in education, first use the mother tongue at primary level, then introduce the official languages. Singh said that the Government should at least provide basic education, till the primary level, in the Mother Tongue. “In this way we can at least preserve some of the languages,” he added.

In this context the fight of the Khasi Authors’ Society for inclusion of the Khasi Language in the Eighth Schedule of the Constitution needs to be understood. “We have been fighting for inclusion of Khasi language in the Eighth Schedule for so long, but so far not succeeded,” president of Khasi Author’s Society, DRL Nonglait says.

Though no one would like to admit it, the local languages of Bihar are being slowly wiped out due to the slow imposition of the Hindi language at all levels of education. Some people are genuinely ashamed to communicate in their native Bhojpuri, or Maithili, or Angika, the ‘educated’ onespreferring to speak in the more ‘refined’ Sanskritized Hindi.

Inclusion in the Eighth Schedule, apart from promoting and preserving the language, culture and the unique identity, would also create employment opportunities for the youth. “The Mother Tongue promotes unity, moreover, people can relate to each other better,” Nonglait added.

On the subject, some suggested that this Day should also be celebrated as Linguistic Integration Day in a multi-lingual country like India. This year, UNESCO’s, International Mother Language Day theme is: “Indigenous languages matter for development, peace building and reconciliation.”