It ain’t going away! 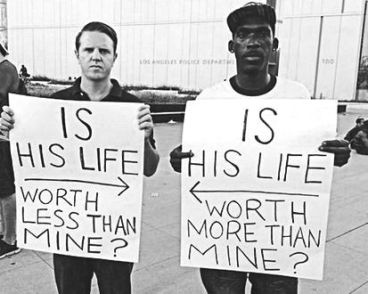 Strange isn’t it? Just yesterday, the 20th of March, we the ‘conscious intelligentsia’ marked two events or ‘international days’. One was the day of the house sparrow, and the other was the international day of Happiness, whatever that means.

The sparrows that would nest in the rafters of our houses and bungalows a few decades ago, are no longer to be found, as we moved from our down to earth dwellings to our tall apartment blocks and air-conditioned, hermetically sealed living spaces. We deprived these little creatures their nesting places, as we systematically cut down trees and cut them off from our homes, leaving them even more vulnerable to predators, and abandoning them. The happy relationship between children and nature was terminated when our homes became bird unfriendly.

Today, the 21st of March, is the international day against racism. A few starry eyed Pollyanna types will point to the fact that the popular North Indian Hindu festival of colours has ‘auspiciously’ fallen on the 21st of March and that the spraying of colours on others is some sort of symbol that Indians readily accept people of different shades of colour, caste, and creed. How quaint! And hypocritical! Especially when you know that universal brotherhood or dignity of the other is farthest from the minds of a gang of rowdies playing ‘kapda fadh’ Holi, stripping some wimpy kid naked, or throwing refuse, mud and even shit at passing trains all in the name of ‘good wholesome earthy fun’.

Let’s be honest, how many of you who have ‘whatsapped’ all those gooey, saccharine-sweet Holi messages have actually dared to venture out of your protected enclosures to experience the ‘Real, ground zero Holi as it unfolds in our by-lanes, and bastis in Bihar?

Has it occurred to you that despite all those anti-racist PSAs and civil society prattle, the sales of fairness creams – [by the way Fair and Lovely has given birth to Fair and Handsome]- remain largely unaffected? No, my dear, I would recommend a cream with a +50 SPF rating so that you’re really protected from you know, sunburn?

Of course, if anyone calls you a racist, you’ll be offended. So would I. But don’t we repeat things like ‘Bengalis are really timid’, ‘Biharis are uncouth’, ‘Muslims don’t really care for India’, ‘Christians are out to convert others’, ‘Maithili Brahmans are really greedy’, ‘Gay guys are like really weird’, ‘Be good or that Hijra will kidnap you’ ‘I don’t drink black tea because I fear my skin will go black’ and so on?

And hey, has Bollywood graduated to its first really ark skinned superstar, or are we still romancing the masses with fair skinned himbos and bimbos?

Media in India too, as it has devolved in the past few years, is probably as racist and xenophobic as ever!

So, would you agree that we really don’t think about racism, until somebody, somewhere hits us with a bit of racism: a comment, a smirk, or sometimes even a ‘piece of sage advice: ‘You speak so well for a Bihari’ ‘He’s surprisingly intelligent for a Musahar’, “I mean being a Muslim, you’re quite liberal minded!’ ‘Try to dress decently’, ‘Don’t act too Westernised’, ‘Wonder who wears the pants in the relationship?’ ‘After all, what do you expect from a Bihari/ a Bengali/ a Chamar/ a Baniya?’

Bottom of the line: Racism ain’t going away, Happiness is packing its bags, and the sparrows have gone away already. Nevertheless all of us can let our hair down once in a while have a Happy Holi, (with or without the bootleg boyz, so says a sage Bihari!)