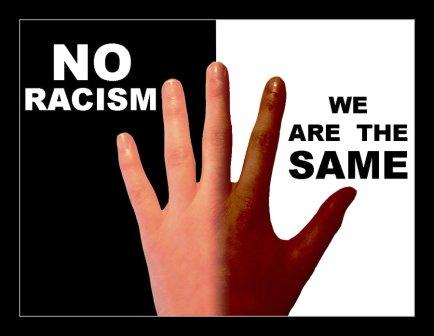 Racial and ethnic discrimination occur each day, all around us. We give it little thought, as we believe it rarely affects metropolitan life-styles, but in rural areas it matters a lot. The truth is that this hideous feeling towards others inspires hatred within us and is hindering progress of millions of people around the world.

Racism and intolerance can take various forms – from denying individuals the basic rights of living life with dignity to pumping hatred towards people who otherwise are completely harmless. In fact these people may be such who are struggling to live a decent life with the meagre resources they have, and try to make the best out of it.

The International Day for the Elimination of Racial Discrimination was established six years after an event, known as the Sharpeville tragedy or Sharpeville massacre, which captured worldwide attention. This event involved police opening fire and killing 69 people at a peaceful demonstration against the apartheid “pass laws” in Sharpeville, South Africa, March 21, 1960.

The UN General Assembly called on the international community to increase its efforts to eliminate all forms of racial discrimination when it proclaimed the day as a UN Day of observance in 1966. It also called on all world states and organizations to participate in a program of action to combat racism and racial discrimination in 1983. It held the World Conference against Racism and Racial Discrimination, Xenophobia and Related Intolerance in 2001. The UN continues its work to fight against all forms of racial intolerance.

Variety of activities and events are organized while celebrating this event at the international level in many countries all over the world. A direct webcast is carried out from the UN headquarters on the day of celebration identifying all the special activities against racism by the UN leaders. This event celebration provides opportunity to the young people aiming to put their own opinions to fight for racism as well as promote tolerance.

A long debate among the young people on the related subjects takes place to discuss the human rights and the elimination of racial discrimination. Other activities are also organized such as essays writing, photo exhibitions, publishing related articles to promote and aware people to fight against the racial discrimination.

The theme of this year is “United against Racism; Dignity and Justice for All”.

United against Racism; Dignity and Justice for all added by PRIYANKA on March 21, 2019
View all posts by PRIYANKA →