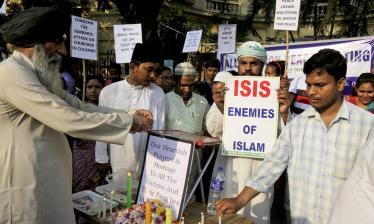 On one of the most sacred and significant days in Christian history, in a Buddhist dominated state of Sri Lanka, suicide bombers allegedly belonging to an outfit described as Muslims killed more than 250 worshippers and injured hundreds more. The US described them ISIS-inspired and the Sri Lankan government called them local Sri Lankans with ties to National Thowheed Jamath.

Religious places and religious worshipers are the easiest targets, a terrorist can attack without much resistance. This is what the terrorists have done for decades.

Apparently, religious violence is on the rise and the religious leadership is failing to control hatred, terror, and violence committed by their followers.

In this increasingly volatile and violent situation, it is easier to point fingers at others and blame them and religion for that. The reality is that no sane person and no genuine religion can promote violence or terror against those who differ with its basic tenets. No one is born with hatred as part of his or her gene. People learn to hate based on what learn in their families, religious institutions, schools, and social and political circles. People are often instigated to use violence and terror to silence others or to intimidate a whole community.

It is this notorious brainwashing done in the name of religion that needs to be challenged and eliminated. Every religious community has to play a proactive role in controlling its hate mongers, but the most effective way is to challenge the promoters of violence and terror through interfaith efforts. The religious community must come together to fight this menace that has become a political tool to divide people and spread hatred and violence. If such an initiative is not taken, then we all will suffer. The attack on the Christians of Sri Lanka was, in fact, an attack on Islam and Judaism and Buddhism as well as Hinduism and only when these communities and their leaders come together to fight terror, the monster can be tamed.