Patna: The football field at St Xavier’s College was where four girls’ soccer teams showed off their gaming skills under a monsoon sky. While the Football for Women’s Empowerment on the 3rd of July might not have made it to the top of the sporting pages in the local newspapers, there is a distinct possibility that the day might feature in the history of women’s soccer in Bihar.

What’s newsworthy about some 60 village girls kicking around a soccer ball one muggy July evening to an audience of about 100 people? That they were from the backwoods of Bihar? That they were mainly first generation literates from socially marginalized communities? That most of the audience consisted of a galaxy of local so-called social action elite: Padmashree Sudha Verghese, former principal secretary Vijay Prasad, the irrepressible Nipurnh Gupta of the Unicef, the star transgender campaigner Reshma Prasad, among them?

Well, for starters, this event marked the birth of something called the Bihar Women’s Sports Promotion Association. It’s a coalition of organisations who are coming together to provide opportunities and resources for girls from the most remote and marginalized communities from Bihar to realize their full potential.

It’s a crying shame that our nation, which started off on the bright road towards modernity, scientific thought, inclusiveness, and empowerment, is on the verge of rushing headlong into the dark pit of obscurantism, repressive patriarchy in the name of tradition. One of the warning signs is the new thrust by certain pseudo-cultural forces to push girls and women back into their kitchens and to deny them access to the public spaces that they have so far attained.

Simply put, in many villages across Bihar and UP, it is an affront to the ‘dignity’ of the dominant communities if their ‘daughters and daughters-in-law’ are seen running around a field wearing ‘men’s shorts’ (indecent!) , kicking a ball and trying to show that they are physically equal to boys (outrageous!). It is even more of an affront, if a group of ‘low caste’ women or girls dare to usurp a public space (such as a playfield) used by men and boys and play a boisterous game of football.

Encouraged by civil society groups who have been working on human rights issues, these teenage soccer players and their families, many of whom have risked criticism and hostility from relatives and neighbours, are bravely breaking stereotypes.

In general, women’s sports aren’t given adequate funding, and haven’t really taken seriously by any of the Government Sports Departments and Authorities. No doubt, a lot of lip service is paid to women’s sports. Basically, it’s women playing the elite sport of tennis, or badminton, or even golf that get some attention, but otherwise, be it hockey, or athletics, or even women’s cricket, it’s a different story. Let’s face it, there’s no gender parity in funding for sports.

In the past few years, however, many NGOs and civil society groups have been facing resource crunches, and projects related to women’s sports are being seen as less of a priority than say, water harvesting or hunger related issues. But we need to keep the girls playing, and to ensure that, several like minded supporters have joined hands to make it possible.

Bihar Women’s Sports Promotion Association seeks to partner with the government and private agencies and industry to continue developing human resources, and also to work as a pressure group.

Why are we interested in getting village girls to play? One reason: A girl who has passed her secondary school examination and who is fit and good at sports has an opportunity to join the police.

Another reason: A bright girl from a poor village can get a sports scholarship that will help her complete higher studies.

A whole lot of reasons: Builds confidence, helps girls stand up for their rights, girls who play are healthier, furthers bonding and empowers girls within the team, promotes social amity, the males in the soccer player’s family develop a more positive and respectful attitude towards women in general.

— Football for Women’s Equality Campaign is supported by Caritas Suisse — 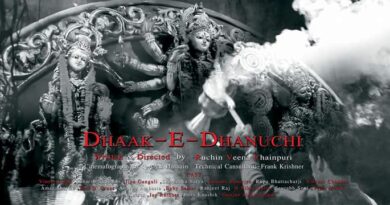 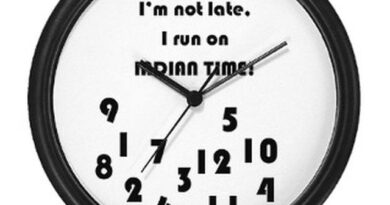 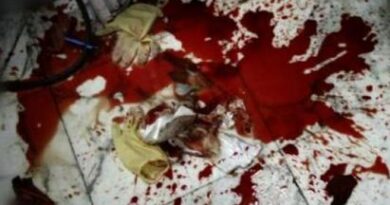 One slip : Bihari boy Pulped to death in Paper Mill