According to a report published by the NGO ADF, religion related violence in India cost the nation approximately 80 lakh crore rupees, that’s about 9 % of the GDP.

No doubt, the government of India ‘rejected’ the International Religious Freedom report released by the United States that stated that religious intolerance was on the rise in the world’s largest democracy. Ground conditions show continued harassment of Christians, Muslims, Humanists and Rationalists by non-state actors. One uses the words ‘non-state actors’ advisedly, since to all intents and evidences, perpetrators of such violence appear to go scott-free, or are given bail quite easily after their arrest, and so they return back to the society with impunity.
The newly elected Government of India will soon present its first Union Budget. Data released by the Central Statistics Office revealed that the GDP growth had fallen to a 5-year low in the last quarter of the previous financial year. Another report released by the National Sample Survey Organization stated that the unemployment in the country had touched a 45-year high of 6.1 per cent in 2017-18.
Prime Minister Modi recently held a meeting with over 40 leading economists to deliberate on how to tackle these significant issues ailing the Indian economy. At this juncture, our nation cannot afford to ignore the significant correlation between religious freedom and the economy.
Brian J. Grim, Ph.D., President of the Religious Freedom and Business Foundation, has carried out extensive research in this field. He has found that religion contributed more to the US economy than the combined revenues of companies including Apple, Amazon and Google and has empirically shown that religious freedom when protected by governments and respected by citizens, results in better business and economies.
He explains that India’s vibrant democracy and tremendous religious pluralism have played an enormous role in its economic growth. He cautions that increase in government restrictions on religious freedom, encouragement of religious hegemony and homogeneity, failure to curb violence linked to religion are all factors that can severely cripple economic growth.
Recently, the Indian government rejected an International Religious Freedom report released by the United States that stated that religious intolerance was on the rise in the world’s largest democracy. The report pointed to the upsurge in inflammatory political speeches instigating communal hatred, violent attacks on religious minorities and Dalits including numerous cases of cow-vigilantism and mob lynching in India. Though national crime data does not distinguish between violent crime and crime motivated by religious hatred, Hate Crime Watch, DOTO database and MapViolence provide a statistical perspective to the growing phenomenon of such violence.
Violence of all forms is bad for business and the failure to contain it is bad for the economy. A report prepared by the Institute for Economics and Peace estimated that in 2017 alone, a year in which India had witnessed 822 violent communal incidents, violence cost India over 80 lakh crore rupees, which is 9% of the national GDP! The study measured not only direct expenditures to respond to violence but also the loss of potential revenue from businesses.
It is therefore in the best interest of the nation to preserve diversity in the real sense and promote peace. Religious freedom, as well as respect and protection of LGBTQ people is good for business, and communal harmony is good for the economy. 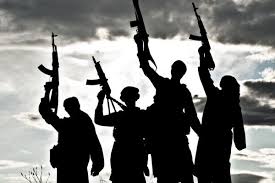 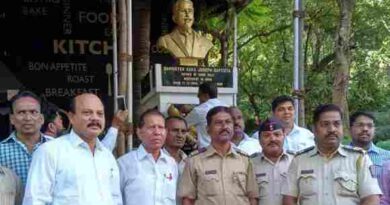