Why do we always want to suppress the minority? Why on earth we cannot accept someone because his/her sexuality is different from majority? We all are humans with a heart to care for every single living entity.

A parade to mark the existence of everyone and to request for the respect of everyone despite one’s sexuality will be recorded in Guinness Book of World Records.

A parade to be started off from Sahitya Sammelan, Kadamkuan at 3:30 pm to Premchand Rangshala, a walk depicting the story of struggles and fight for the identity as a human by transgenders, will be marked in history.

A parade for pride, pride of everyone living together in this society subtracting all the negatives. A 500 metre long rainbow flag representing peace and love for people will be displayed in the parade and be recorded in Guinness Book of World Records and Limca Book of Records.

A well known transwoman activist, Reshma Prasad recently interacted with the students of St. Xavier’s Colleges of Management and Technology. Hearing her many students promised to mark their support for the transgender people by joining them in the Pride on 14th of July.

The parade will be followed by Transgender Kala Utsav (celebrating from the last three years with the support of Bihar Government), flash mobs by students and a nukkad natak by the Xavier Theatre Group. The parade is going to be speak for some basic necessities like Safety, Respect and Employment for the transgender people.

However it’s for all – LGBTIQ – lesbian, gay, bisexual, transgender, intersex and queer. Reshma Prasad, advocating for their rights, said, “we must respect all kinds of gender and must never be judgmental towards them”.

After Supreme Court has decriminalised the gay or lesbian sex, few people are coming forward bravely with their sex preferences. It’s a good sight but things have not changed much. In 2009 Supreme Court asked transgender people to change their name and legal gender on all official documents only after the age of 18. But reality is that before even reaching 18 students drop studying due to all physical and verbal bullies they receive from the classmates. And no lack of education will provide them job. And even a miracle occurs and they get a job it becomes a mental torture to survive in an environment which completely rejects them. People look down at them with shame and pity. Why pity on someone because of their sex preference?

Imagine to be in a world of transgender majority and being a boy or a girl is an exception. Your family will throw you out because of something you are born with lest they will be rejected from the society. Being a girl or a boy will be a matter of shame and you will have to struggle because you are a BOY or a GIRL. Horrific is that, so why we are making lives of transgender an additional struggle? No doubt everyone go through hardships but why discriminating someone on the basis of something they have never even chosen for themselves. 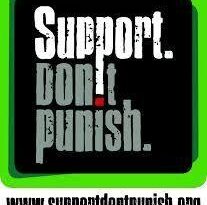 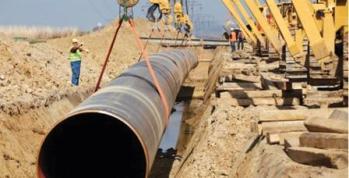 Joy over piped gas in Patna