The football loving people of the Northeastern states have spotted a gleam of hope , with some indication that the Central government may actually set aside some more funds for the Beautiful Game.

Newspapers in Assam have reported that  Sports Minister Kiren Rijiju has committed to provide “extra financial help” to boost growth of Indian football, (also called soccer) according to the All India Football Federation (AIFF).

Rijiju made the statement on the sidelines of the Hero Intercontinental Soccer Cup in Ahmedabad.

“We have seen certain improvements in our men’s as well as women’s football in recent times. From the Sports Ministry, we will provide extra financial help wherever it’s possible to scout, and nurture young talents as well as for the professional training, and other events,” Rijiju said in an interview to the AIFF.

My father a keen follower of football, is happy that our sports minister from the Northeast has made this commitment.  The Minister didn’t hide his affinity for football and said his ministry will put more attention for better training, coaching and facilities.

“The Ministry of Sports will provide whatever is required for better training, coaching, facilities, and other demands and requirements whichever will be placed by the AIFF. We’ll always be there,” Rijiju said.

“I’m very enthusiastic about supporting any kind of sport in India, and football is very special for me,” he added.

He also praised the senior Indian women’s team for its recent rise in the FIFA rankings which were released on July 12.

The Indian women’s football team jumped six places to 57th in the latest FIFA rankings on the back of some impressive performance in the past few months.

Among Asian countries, the Indian women’s team is ranked 11th. The team now has 1422 points compared to 1392 in the previous ranking list released on March 29.

“I must compliment the women’s team for rising to 57 in the FIFA rankings recently. That’s a huge jump. I’m very confident that the standard of the women’s team will rise further,” Rijiju said.

The team had exposure tours to Hong Kong, Indonesia and Turkey and played in the SAFF Championships, the AFC Olympic Qualifiers Round 2, besides featuring in the inaugural Hero Gold Cup international tournament in Bhubaneswar.

The team is slated to play the COTIF Cup in Spain later this month.

“Football is the biggest game in terms of popularity, reach, size. We also have to put a lot of effort to improve our football. Be it a village or a city, football is a game which can be played anywhere. I’m very hopeful that the standard of Indian football will rise in the years to come.” 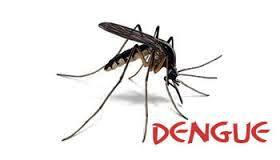 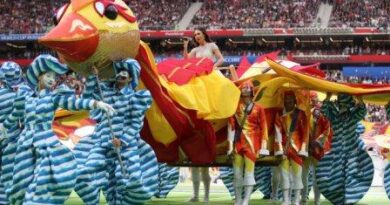 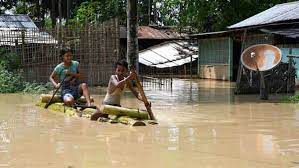