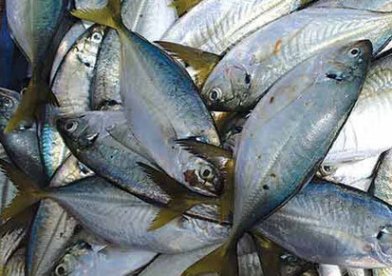 Vegetable prices have skyrocketed in the retail markets of Assam over the past couple of weeks as floods continue to ravage several thousand acres of crop land across the state this season.

“The little quantity of squash and tomatoes that you see in my basket are from Meghalaya. Most of the farmlands in Kuruwa (on the north bank of the Brahmaputra), from where I procure my vegetables, lie submerged. So prices of almost all kinds of vegetables have almost doubled over the past few weeks,” Ratan Das, a vegetable seller at Uzan Bazar, said on Monday.

Given the flood fury and its impact on farm lands, vegetable sellers of late have been induced to procure less, which can be seen in the retail markets here.

According to the flood report of the Assam State Disaster Management Authority, about 1, 35, 226 hectares of crop land across 16 districts of the state have been affected.

Cultivated land along the border areas of Assam  such as Dhubri (18, 931.5 hectares) are the worst hit even as 5,500 hectares in Nagarbera alone under Kamrup lie submerged in floodwaters.

Other border districts such as South Salmara (6.157 hectares) and Goalpara (5,120 hectares) have also been adversely affected.

Not just vegetables, floods have hindered fishing activities as well, with the supply of local fish to wholesale markets here reducing substantially.

Not just river fish, those which are brought to the Uzan Bazar market from the fisheries in Morigaon (that area is among the worst affected by the floods), are less in quantity and priced at least 30 per cent higher than in the pre-flood season.

“The varieties from the fisheries of Barpeta, Morigaon etc, have also increased by about Rs 200 a kg now. So customers have been very picky. Stocks are low as well,” said Narayan Paswan, a fish seller at Uzan Bazar riverside market, a portion of which has been “occupied” by rising floodwaters of the Brahmaputra.

While the well heeled in Guwahati rue the price of veggies and fish, for the ordinary person getting food grains is a major problem. People are starving in flood affected areas. Unfortunately this is not being reported enough say concerned observers and those who are working for flood relief.