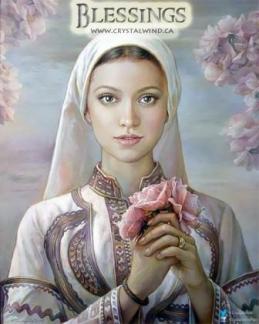 Ho Chi Minh City, Vietnam: The bishops of the Archdiocese of Ho Chi Minh City warned Monday against a false Marian devotion and other deviant ritual practices meant to cast out evil spirits, according to UCA News.

The local Church’s auxiliary bishops, Joseph Do Manh Hung (who is also serving as apostolic administrator) and Louis Nguyen Anh Tuan, issued a pastoral letter July 22 warning that a priest on the outskirts of Ho Chi Mihn City was purporting to perform healings that thousands of people, Catholic and non-Catholic, have been attending.

The bishops said Father Joseph Tran Dinh Long abused Divine Mercy celebrations by putting his hands on people’s heads to purportedly heal their illnesses, and he was said to have allowed people to bear witness to having been healed, UCA News reports.

They also warned against Mother Mary’s Message, a Marian devotion movement launched by a lay man named Thomas Mary Nguyen Thanh Viet, who claims that Mary healed him of illnesses in 2010.

The Marian group had spread “appalling” claims that endanger the faith, the bishops said as quoted by UCA News.

In recent times,there are all sorts of groups emerging who claim to be receiving messages from Mary, mother of Jesus. Some even perform exorcisms, and claim to expel evil spirits.

The bishops urged their people to follow “mainstream church leaders” rather than engaging in practices to expel evil spirits, and urged unity within the archdiocese.

Archbishop Joseph Nguyen Chi Linh of Hue, president of the Catholic Bishops’ Conference of Vietnam, and Auxiliary Bishop John Do Van Ngan of Xuan Loc, head of the Episcopal Commission on Doctrine of the Faith, last month issued a letter urging Catholics to avoid superstitious and fortune-telling practices and abusing the faithful’s simple beliefs for self-interest, UCA News says.