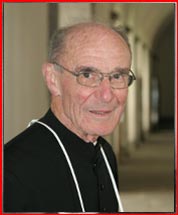 From 1948 to 1978, Fr Gressot served St. Augustine’s School, Kalimpong. He started as a teacher of English and Life Science. Later he worked in various other capacities as Bursar, Hostel Prefect and ultimately as the Principal of the school.

In building up of the present school complex, much of the credit goes to him as he was instrumental in gathering all the funds needed, and getting his own brother Mr. Philippe Gressot to prepare the master plan for the School, Hostel and other facilities that the school enjoys today.

While serving in the school, he extended pastoral care at Algarah Mission Station and at Christ the King Church, Algarah- Mirik.

After leaving St. Augustine’s School in 1978, he served as parish priest at Pringtam-Kankebong, St. Teresa’s Church, Kalimpong, and at Mary Mother of God Church, Relli Road.

People remember him for his kindness and helping the sick and the poor. He was finely attuned to the local culture and traditions of the people.

The kindness of Fr. Gressot was very much visible in ‘Shantinagar’ a place in Kalimpong, where he built houses for the poor and the needy, and the ‘Namaste’ (MIBLU) Project he initiated to help the poor students.

Though Fr Gressot left Kalimpong in 1994, he was still associated with the projects he had started and by helping the poor in whatever way possible.

The Canons Regular community arrived in Kalimpong in June 1924 from Switzerland.