Ranchi, Sept. 25, 2019: Who knows? But this much is apparent, the state prosecution is using their bag of dirty tricks to lock up the man and throw away the key! Over a year ago, they charged him with sedition, because he apparently supported the actions of an adivasi group that carved sections of the constitution on stone and set them up as ‘edicts’ in their village. The stones reminded the tribes living in the forests of their land rights. Certain vested interests have being trying to grab tribal land for decades. Now, let’s get on with the latest development.

A notice for appearance under Section 82 of the Code of Criminal Procedure (CrPC) to the human rights defender and Jesuit priest from Jharkhand, Fr. Stan Swamy. Though the notice was issued –on the format under the Ranchi High Court’s schedule– on July 22, 2019, it has been served on Tuesday, September 24, 2019, more than two months after it was issued. Stan Swamy SJ is 82 years old.

Section 82 of the CrPC is applied if any court has reasons to believe that any person against whom a warrant has been issued by it has absconded or is concealing himself so that such warrant can’t be executed. In that case the Court issues summons/ written proclamations requiring them to appear at a specific place and a specified time not more than thirty days from the date of publishing of such summons.

Observers say that Stan Swamy was never in hiding or absconding, and so the two month delay in serving the notice is curious indeed.

In August, while hearing a petition filed by Father Stan Swamy, the Ranchi High Court refused to grant him and others protection from arrest and scheduled the next hearing for August 7. Reportedly, the public prosecutor objected to the FIR being quashed on the basis that the Magistrate’s court has already issued a search and seizure order for the property of the defenders mentioned in the warrant, effectively classifying them as absconders.

An appeal against the High Court’s rejection of the petition for protection against arrest has been filed in the Supreme court. Just a few days ago, the SC issued notices on the petition.

An FIR was filed against Father Stan Swamy, Aloka Kujur, Vinod Kumar, Rakesh Kumar Kiro and Babita Kashyap on June 19, 2019, a year after an FIR against 20 writers, intellectuals and activists was filed in Jharkhand on July 26, 2018 based on their Facebook posts.

All of them now face the imminent threat of arrests due to an arrest warrant issued by the Chief Judicial Magistrate Khunti District, Jharkhand on June 19, 2019.

Father Stan Swamy is a human rights defender who has long fought for Adivasis’ and Dalits’ rights. He founded the Visthapan Virodhi Janvikash Andolan, an all India platform to secure and protect the rights of Dalit and Adivasi peoples to their land.

The platform supports people fighting against the forcible displacement of vulnerable communities by large corporations. Father Stan has also advocated the rights of many poor and ignorant Adivasi prisoners who languish in jails in Jharkhand without legal aid.

In July, 2018, the Jharkhand police slapped 26 sedition cases against as many as 20 senior activists allegedly for publishing social media posts critical of the Raghubar Das-led BJP government and apparently for “playing a prominent role in Pathalgadi movement.”

These included activists Father Stan Swamy, former Congress MLA Theodore Kiro, and Aloka Kujur. They were also charged with allegations of creating communal tension, violating IT Act, and cause law and order problems.

The activists, at that time had rejected these as the scare tactic of the government. One of them, Kiro had said, “Jharkhand is facing an undeclared emergency. Here, the state government is targeting all those who do support its policie …At the centre of our struggle is the conflict over land.”

Pathalgadi is an ancient tradition of Adivasis and forest dwelling communities. More recently, residents of many villages in Jharkhand erected traditional stone plaques with inscriptions of articles from Constitution, provisions of Panchayats (Extension to Scheduled Areas) Act, 1996 (PESA) and fifth schedule inscribed on them. This came to be known as Pathalgadi movement deriving from the words Pathal meaning rock and Gadhi meaning to dig or to erect or to build.

Adivasi rights activist and writer Dayamani Barla stated that, “permanent camps of CRPF” came up in at least five villages of the Adivasis dominated district Khunti, in January 2019. Reportedly, the land was first obtained in the name of public services like community houses and when the villagers refused to give their land, it was acquired forcefully by picking up innocent villagers and Gram Sabha leaders and threatening them with false cases.

The Pathalgadi movement that resulted from the two-year long Adivasi agitations against the government’s proposal to introduce land acquisitions laws, saw a wave of support from the villagers mainly Adivasis who declared the Gram Sabha as the sovereign authority.

However, owing to the popularity of the movement among people, it faced severe repression from the Jharkhand state and police machinery, with as many as 150 named FIRs and thousands of unnamed FIRs.

The threat of arrest looms large on Father Stan Swamy who has been at the forefront of raising the issues of Adivasis falsely prosecuted or jailed. 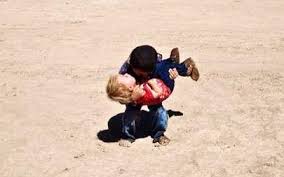 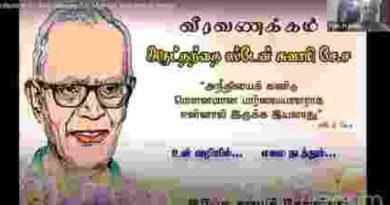 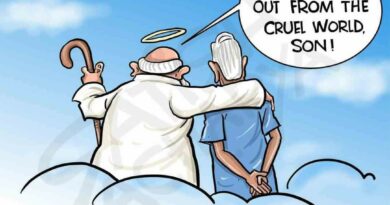