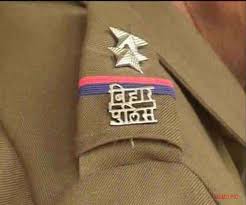 Frivolous cases to harass people filed in district courts just to curry favour with the ruling dispensation do not cut ice with some police officers, such as  Senior Superintendent of Police Manoj Sinha of Muzaffarpur.

The Muzaffarpur police on Wednesday (October 9) ordered closure of a  case lodged against 49 personalities on charges of sedition and assumptions prejudicial to national integration.

Muzaffarpur SSP Manoj Kumar Sinha said the order has been issued by him for the closure of the case, pointing out that allegations were levelled against the accused, as per the investigation, out of “mischief” and “lacked substance”, according to news agency reports.

Last week, the Muzaffarpur police had lodged an FIR against the celebrities on the order of Chief Judicial Magistrate Surya Kant Tiwari on a petition filed by local advocate Sudhir Kumar Ojha on July 27. Ojha had accused the celebrities of trying to “bring the country a bad name by going to media about their complaint to PM on cases of rising intolerance”.

Ojha is in hot water, he’ll be facing charges for filing a false case.

Commenting on the matter, ADGP Jitendra Kumar told an English daily, “The complainant couldn’t produce supporting documents or evidence, not even the alleged letter written by the 49 persons, which may support his claim of commission of any offence. On this and other circumstantial basis, the case is found to be false and the order has been issued by him to investigating officer to submit the final report.”