The photograph of Bihar’s Deputy Chief Minister Sushil Kumar Modi in flood-ravaged Patna went viral a few weeks ago.  SuMo, as he is known in BJP circles, stood in shorts on a flyover with crossed arms. Around him stood his family members and a few suitcases. They had been rescued by an NDRF from his house in Rajendra Nagar.

Not very far from Sushil Modi’s house is the local headquarters of the Rashtriya Swayamsevak Sangh (RSS). Sushil Modi himself has strong RSS links and was a member of the ABVP. But it is strange that RSS volunteers did not reach out to the stranded Deputy CM and his family.

While Sushil Modi was rescued and taken away on September 30, on October 4, former MP and Jan Adhikar Party chief Pappu Yadav waded through the waterlogged streets to reach Modi’s house, where the BJP leader’s driver and a few domestic help were still stranded. Yadav reached out to them with food, water and other relief material. Modi’s neighbours complained that while they were all stranded in the deluge, Modi took no notice of them after he himself was rescued. He would talk to neighbours during the first three days of waterlogging. But he did not return after September 30.

He was directly tweeting to Sushil Modi, enquiring if he, any other BJP minister, MLA, MP or office-bearer needed any help, food or drinking water.

Where were the fabled volunteers of the RSS? The Sangh never tires proclaiming that it plays a leading role in relief and rehabilitation after natural disasters. And they did circulate videos and photographs of RSS volunteers rescuing people stranded during floods in Kerala, which did not elect a single BJP MP. Why were they missing then in Bihar?

During the 11-day ordeal of residents in Patna, the RSS was nowhere to be seen. When people began asking questions on social media, a few videos did surface, in one of which the volunteers were seen wading through water with their trousers on and a band leading the motley group. Many social media users felt the videos were old and from places other than Patna.

In a video, a young man distributing food and water arranged by Rajesh Ranjan alias Pappu Yadav, claimed to be a RSS worker. He was not in the trademark uniform of the RSS and could give no satisfactory explanation why he was working with Pappu Yadav and not the RSS.

An irate lady posted that the RSS seemed to get active only in states where the BJP is in the opposition. People’s expectation from the RSS was natural as Patna has been a citadel of the BJP. The MP of Patna Sahib is none other than Union minister Ravi Shankar Prasad, who like SuMo is an old RSS hand. Five of the six MLAs from the urban areas of Patna belong to the BJP and one of them, Nand Kishore Yadav, is a powerful minister in the state cabinet.

The Mayor of Patna, Sita Sahu, is also from the BJP and all through the coalition government of the BJP-JD(U) alliance, the Urban Development Department has been held by BJP ministers.

On October 5, Live Cities Media Private Limited, a YouTube channel, showed live footage from political party offices in Patna. While offices of all other parties including the RJD, Congress and the JD(U) were humming with activities, with workers engaged in arranging relief material, in the BJP office, workers were busy drying party flags, damaged when the office was inundated.

There was no relief material in the party office. When asked, the workers replied that relief materials were being distributed in the affected localities. “We do not indulge in showing our work after distributing five packets,” explained one of them haughtily.

Not surprisingly, several scathing comments were tagged to the Facebook page of the party’s Patna Mahanagar unit.

The conspicuous absence of RSS workers was noticed because of the exemplary work done by various other organisations which rose to the occasion. They included Rotary Club, Jio Foundation, Jamaat-e-Islami, its students’ wing SIO, and even the Shiv Sena.

Some ward councilors associated with BJP worked hard in their individual capacity to distribute relief materials. But significantly, they did not want to be identified with the BJP for obvious reasons. This was because of the fear that people may abuse or even target them physically.

The biggest irony of fate is that the three important affected colonies––Kankarbagh, Rajendra Nagar and Pataliputra Colony are considered upscale localities where most of the VIPs of Patna live.

Among those were being rescued were retired and serving judges of Patna High Court, bureaucrats, police officials, doctors, journalists etc. That is why they are getting more media coverage. Lesser mortals living in lower middle-class localities and slum-dwellers were certainly receiving fewer relief material.

Though there is general appreciation for the work done by former strongman Pappu Yadav, who has emerged as an unlikely hero, he has come under fire from an unexpected quarter.

Mahindra Yadav, convener of Kosi Navnirman Manch, while talking to National Herald said: “It is good that Pappu Yadav is doing relief and rescue work in Patna. But he has done little for the flood-hit people of his own region, the Kosi belt, which was devastated earlier this year by flood of much stronger intensity than in Patna. Perhaps it is for publicity that he chose Patna.”

Mahindra is working in the Kosi region ever since it was devastated by a massive deluge in August 2008, which killed thousands of people and cattle in Nepal and India.

He is not from Bihar, but comes from UP, and is associated with the National Alliance of Peoples Movement; thus has no political motive in criticising Pappu for ignoring his home turf.

However, the biggest fall out of the waterlogging in Patna is that it has strained the relationship between the ruling Janata Dal United and BJP. The infighting has acquired a different dimension with the entire BJP ––not just a faction led by Giriraj Singh –– blaming chief minister Nitish Kumar for miseries of the people.

Significantly, Nitish Kumar’s trusted lieutenant and minister Shyam Rajak for the first time targeted Sushil Modi in the wake of public criticism of the chief minister by the BJP.

“Sushil Modi is only bothered about his colony, Rajendra Nagar, and is always busy issuing statements,” he said.

The main opposition party, RJD, and other smaller parties have however failed to capitalise on the situation. The leader of opposition in the state Assembly, Tejashwi Prasad, unlike his father, Lalu Prasad, failed to take to the streets and continued to target the state government on social media. Actually, he had been campaigning in Haryana, where one of his brother-in laws is contesting the election and returned to Patna only on October 5.

[Journalist Soroor Ahmed wrote this piece for The National Herald] 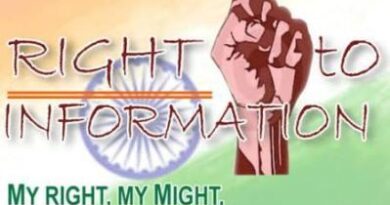 Is the Modi Govt. quietly dismantling the RTI Act? 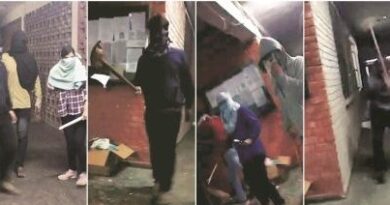 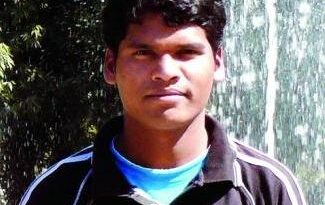