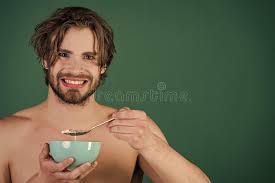 Chicken soup for the soul isn’t just an expression.  Chicken broth is actually a healing potion! Soups: vegetable or meaty, may actually play a role in helping your immune system battle an ongoing illness.

Chicken soup really could boost the health, according to a new study showing traditional broths may combat malaria, says a report published in The Telegraph, London.

The humble fare has long been offered to those battling flu and fevers, thanks to a commonly held belief in its powers of restoration.

More than 60 homemade broths brought in by an ethnically diverse group of children from a London primary school were found to interrupt the life cycle of the most deadly of the malarial parasites.

A range of soups, ranging from vegetable to beef and chicken, were found to have the power to interrupt the life cycle of Plasmodium falciparum, which causes 99 per cent of deaths from malaria and is transmitted through infected mosquitos.

The study into home remedies was prompted by the development of an antimalarial drug called ‘artemesin’ in recent years.  It originates from the plant ‘qinghao’, used in traditional Chinese herbal medicine to treat fever.

Researchers asked London schoolchildren to bring in samples of homemade soup broths made using family recipes passed down through generations. The children’s ethnic backgrounds ranged from across Europe, North Africa, and the Middle East.

They incubated extracts from 56 broths for three days with different cultures of Plasmodium falciparum to see if any could stop the growth of the sexually immature parasites.

They also assessed whether the samples could block sexual maturation – the stage at which the parasite can infect the mosquito. Many samples were found to increase the rate of parasite growth – with no one ingredient identified as holding the anti-malarial powers.

The authors, from Imperial College London and Great Ormond Street Hospital, said: “This journey, mirroring that of artemisinin from the qinghao herb, may as yet reveal another source of potent anti-infective treatment.”

“Like the use of Qinghao, many traditional cultures prescribe a hot broth for treating fever, each having ascribed miraculous powers of healing, for example, Jewish grandmothers’ chicken soup. Indeed, there is some evidence that these broths do indeed contain antibiotic properties.”

The recipes of the vegetarian, chicken and beef-based broths varied, with no particular ingredient common to those who demonstrated the strongest antimalarial activity.

A red cabbage soup was among those to show success, demonstrating that chicken was not the only broth which appeared to have medical properties, researchers said.

The active ingredients in the broths studied are yet to be identified and tested in clinical trials, researchers said.

They said it was also a successful exercise in teaching children about the relationships between natural remedies, traditional medicine and evidence-based drug discovery.

They said: “At a time when there is a resurgent voice against evidence-based medicine, such exercises have great importance for educating the next generation about how new drugs are discovered, how they might work and how untapped resources still exist in the fight against global diseases of significance.”

The findings are published in the Archives of Disease in Childhood.