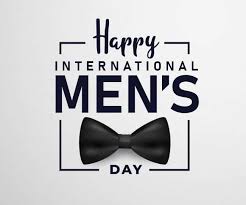 Today, by the way, is International Men’s Day? Didn’t you know it? Can’t blame you, because it doesn’t receive all the hype and ‘hoola hoo’ that International Women’s Day gets!

International Men’s Day was initiated in 1999 by Dr Jerome Teelucksingh, a history professor at the University of the West Indies. The thing is, some poor chaps have been crying hoarse that we should have a day of our own, just like the women, but they all turned a deaf ear to those appeals. Ask the poor fellas in the Khasi, Garo, and Jaintia hills of India – they’ve been pondering about men’s emancipation for almost a century now!

Come on, girls and gays! It’s time to celebrate the men in your lives. Don’t be shy to admit that they’re the source of all those chocolates, flowers, and umpteen presents that you love to be pampered with!

International Men’s Day is celebrated across the globe on November 19. It was founded in 1999 by Dr Jerome Teelucksingh, who was a history professor at the University of the West Indies in Trinidad & Tobago.

There are six objectives of IMD:

– To focus on men’s health and wellbeing

– To highlight discrimination against men

– To create a safer, better world

Indian men’s advocate Uma Challa, who is also a single mother of two, introduced this concept in India in 2007. She was unaware how the date of IMD had come into being, but believed that men need to be celebrated after being exposed to incidents of shocking male abuse in the country.

Just see how India’s dowry laws are skewed and how they have become a major weapon for intimidating and terrorizing males!

Hey, what about all those chaps who were kidnapped at gunpoint in Bihar and  forced to marry unknown females?

And somebody pointed out how it’s the men who have to cough up the money – the sons, the fathers, the husbands – whenever there is a family emergency?

And yet, today men have to be apologetic about being men? Anyhow, cheers to men. Happy Men’s day, boys!