I saw ‘The two Popes’ on Netflix last week. Now I see that the two actors, Jonathan Pryce and Anthony Hopkins have been nominated for the Oscars.

This is a well-directed and beautifully filmed movie that covers and idealizes the story of the two recent consecutive popes, one a conservative and one a liberal.

The Guardian, in its review of the ‘Pontiff bromance’ written by Anthony McCarten and directed by Fernando Meirelles says, “It’s an entertaining if preposterous imagining of private meetings supposedly taking place a decade ago between Pope Benedict XVI, formerly the Austrian Cardinal Joseph Ratzinger (Hopkins) and the Argentinian Cardinal Jorge Bergoglio (Pryce) as the Pope was pondering his sensational decision to retire, and before Bergoglio – the supposed liberal and critic of the incumbent’s conservative views – was to be elevated to the papacy as Francis I.”

It is much more the story of Pope Francis, the current pope, then it is of Pope Benedict. Pope Francis comes to Italy after living through horrendous tragedy and great personal trials. He is much more in tune with the world than Benedict and he teaches Benedict a great deal about love and life during their friendship.

It will give the viewer an idealistic view of the events in this fictionalized friendship but it also offers a very serious look with real footage of violence and upheaval that took place in Argentina when Pope Francis was a priest.

It will lead to many questions from young viewers; so as a parent bone up on history before your family views this movie. There are articles about Pope Francis’s past that can easily be found. I remember one in the New Yorker that covered much of what was covered in this movie.

A reviewer says that parents need to know that The Two Popes is a drama starring Anthony Hopkins and Jonathan Pryce that explores the Catholic Church’s internal struggle to balance traditional and progressive viewpoints.

The cardinals speak in Latin and other languages for the first quarter of the film; subtitles are provided. It’s assumed that viewers know what’s been going on with the Catholic Church in recent years: There are quick references to contemporary scandals (including sexual abuse) and several person-on-the-street comments about Pope Benedict XVI being a “Nazi.” Argentina’s violent history with the Dirty Wars is shown in flashbacks: The military shoots, tortures, and kills dissenters.

The film is all about leadership, communication, forgiveness, and perspective — specifically, how different people can look at the same thing and see it differently.

As valuable as that lesson is for teens, there’s not much here that most kids will enjoy. The popes drink wine and curse a little bit (“son of a bitch,” “dammit”), which is a small demonstration of the film’s biggest takeaway: Even those closest to God are still human.

One theme in the film that I have not seen mentioned in public and professional reviews is the importance of forgiveness of self and from others. Although portrayed as diametrically opposed in their politics and theological interpretations of the Gospels and dramatically different in their personalities, the two Popes find common ground in their awareness of their limits as human beings and sincerity in their quest for meaning through faith. They are able to admit their flaws, weaknesses, sins if you like, and find forgiveness and love and acceptance when being vulnerable to each.

The Two Popes is a film I would recommend for all adult Catholics. Screen it for groups of young people as well. Netflix has a Hindi soundtrack version, so I recommend that for mixed groups, watch the Hindi soundtrack with the English subtitles. Portions in languages other than English are not dubbed in Hindi. 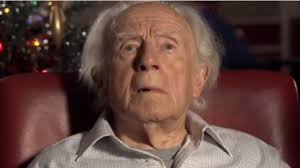 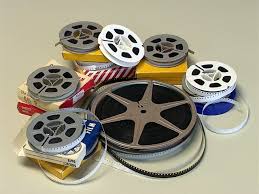 Mixed Stance on Standing for the National Anthem