The rise in average temperatures over India in 2019 was the lowest since 2016, according to a report from the India Meteorological Department (IMD). Nevertheless, the year that went by was the 7th warmest since record-keeping commenced in 1901, says a report.
During the year, the annual mean surface air temperature, averaged over the country, was +0.36°C above average. The average is defined as the mean temperature from 1980-2010.
The highest warming observed over India was during 2016 or 0.71°C above the mean. 2018, which was the 6th warmest in India, was 0.41°C, and 2017 was 0.55°C warmer, than the average.
According to the World Meteorological Organisation, the rise in global mean surface temperature during 2019 (January to October) was +1.10°C.
Main contributors
The main contributors to the warming were temperatures in the pre-monsoon (March-May) and monsoon seasons (June-September), said the IMD report titled ‘Climate Summary’.
Meteorologists said that the decline over the previous three years was not indicative of any trend and was just “a regular variation”. “There is no declining trend. The only pattern is that global warming is raising average temperatures globally, as well as in India,” M. Mohapatra, Director-General, IMD quoted by The Hindu.
2019 was also characterised by unusually high rainfall, which was 9% over what is normal for a year — this was due to monsoon rains (June-September) being 10% over its normal, and the northeast monsoon rains being 9% over its normal.
Cyclonic storms
During 2019, eight cyclonic storms formed over the Indian seas, with the Arabian Sea contributing five out of these eight cyclones against the normal of one per year. This was a phenomenon not seen in India since 1902. This was, meteorologists said, due to a strong Indian Ocean Dipole, or an IOD, which cyclically heats the west Indian Ocean that stimulated cyclone formation over the Arabian Sea. An unusually strong IOD has contributed to the ongoing Australian drought. “In a warming scenario, we see frequent extreme conditions. Parts of Europe, last year, saw heat waves, and we see extreme monsoon in India,” said D.S. Pai, Chief Meteorologist, National Climate Centre, Pune.
Floods, heat waves and what not
Weather also contributed to severe casualties. ( Bad urban planning and the political apathy to disaster preparedness are other fractors). Rain and flooding killed 850 lives in different parts of the country last year, of which 306 deaths were reported from Bihar, 136 from Maharashtra, 107 from Uttar Pradesh, 88 from Kerala, 80 from Rajasthan, and 43 from Karnataka.

SEE ALSO  Mangoes - Up and Going!

Heat waves over the northeastern and central parts the country, from March-June, claimed about 350 lives. Of these, 293 deaths were from Bihar and 44 deaths were from Maharashtra.
Lightning and thunderstorm claimed over 380 lives from central, northeastern, northwestern and peninsular parts of the country, of which 125 were from Jharkhand,73 from Bihar, 51 from Maharashtra and 24 each from Madhya Pradesh and Rajasthan.
Snowfall and avalanche-related incidents claimed 33 lives from Jammu & Kashmir, and 18 from Leh. A cold wave claimed 28 lives from different parts of Uttar Pradesh during the last week of December, the Climate Summary noted. 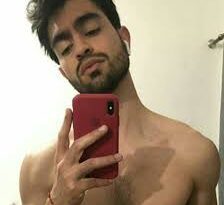 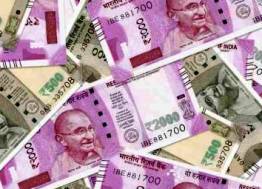 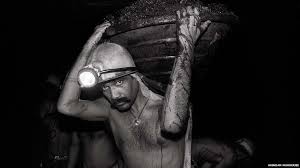 Workers to be paid via cheque, digi- transfer