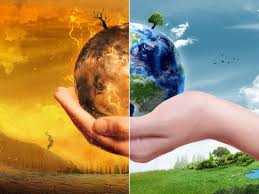 Ministry of Environment, Forest and Climate Change (EFoCC) recently announced that India has achieved the complete phase out of ozone depleting Hydro Chloro Fluoro Carbons (HCFC). The achievement has its route to the Montreal Protocol.

In order to move towards environment friendly technologies, the Ministry of EFoCC prohibited import of HCFC-141b. The order was issued according to Ozone Depleting substances (Regulation and Control) amendment rules, 2019. The rules were issued under Environment (Protection) act, 1986.

The use of HDFC-141b by foam manufacturing industries have been come to an end with the stoppage of import of HCFC-141b. This is because, HCFC – 141b is not produced in India. The domestic requirement of HCFC – 141b so far had been met through imports.

The phase out of HCFC-141b will help in healing the ozone layer in the stratospheric zone. Also, it will help in climate change mitigation as the industries dependent on HCFC for foam production will be forced to work on alternative technologies that contribute to lesser global warming.

This step will have great impact on ozone layer. This is because around 50% of ozone depleting chemicals being used in the country attributed to HCFC-141b.

On the other hand, polyurethane dependent sectors will face dents. HCFC is used as blowing agent in the production of polyurethane foams. Polyurethane is used in applications such as water geysers, refrigerators, thermo wares, furniture applications, commercial refrigeration.

The after effect of the phase out will greatly affect the MSME (Micro, Small and Medium Enterprises). In order to prevent this, the Ozone Cell of Ministry of EFoCC had signed agreements with Central Institute of Plastics Engineering and Technologies to find alternate technologies. Assistance is being provided to field trails, training and product validation.

The Montreal Protocol was signed by 190 countries in 1987 to phase out Ozone Depleting Substance. In order to achieve this, India in 2017 launched a phase out plan. Though the target of the plan was 2023, India achieved the goal far ahead of the deadline.