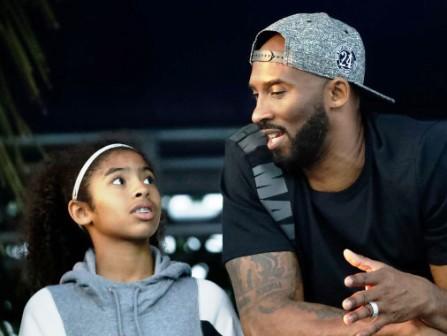 As a basketball fan, I would like to share some information about the late great superstar Kobe Bryant. Sure, he was a human being with faults. There was that one incident that got media attention ‘adultery-rape’ case, which he survived. But Kobe changed, for the better.

Kobe Bryant and his 13-year-old daughter, Gianna, went to church just hours before dying — along with seven others — in a helicopter crash on the way to the teen’s basketball tournament, a report said.

The two attended 7 a.m. Catholic Mass and received Communion at the Cathedral of Our Lady Queen of the Angels in Newport Beach, a church spokesman confirmed to the Daily Mail.

After leaving the house of God, Bryant and Gianna boarded a Sikorsky S-76B with the other occupants at John Wayne Airport in Santa Ana at 9:06 a.m.

Less than an hour later, in foggy conditions, the chopper crashed in the hilly terrain of Calabasas.

Freyer also called Bryant “a committed Catholic who loved his family and loved his faith.”

At Mass, the NBA icon would keep a low profile by sitting “in the back of the church so that his presence would not distract people from focusing on Christ’s Presence,” Freyer wrote.

Kobe should be an inspiration for young people. Yes, he was famous, but also a person who believed in God and goodness. And family.