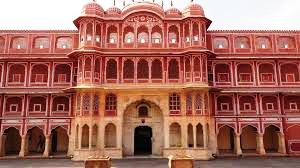 The world heritage certificate was presented to Jaipur for the efforts of the people of the pink city towards preserving its cultural heritage. Jaipur’s Porkota has been listed in World Heritage sites of UNESCO.

The objective of this program is to select and preserve such places of the world which are important for humanity in terms of world culture. UNESCO provides financial assistance to such sites under certain circumstances.

The status of World Heritage City will boost domestic and international tourism, strengthen the local economy and will also provide employment to the people. The income of the handicrafts and handloom industry will also get the benefits of tourism.

The Intelligence Heritage Promotion project is being implemented by UNESCO in 10 cities of Rajasthan, It includes Bikaner, Barmer, Jodhpur , Jaisalmer, etc.

Jaipur is known for its places, architecture, forts. The architecture in the city reflected inclusion of Mughal , Persian and Hindu designs. In order to preserve this cultural mixture of the city, UNESCO and the Rajasthan Tourism Department have signed an agreement.

The World Heritage sites are selected on the basis of four natural criteria and five cultural criteria. They are –