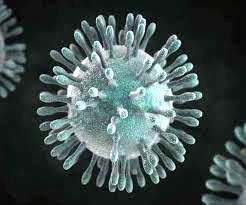 United Christian Forum has postponed the demonstration in solidarity with the Constitution and against the imposition of the provisions of the amended CAA, NRC and NPR which was to be held on Saturday evening (March 14). This was in response to the order of the Bihar Government shutting down public places as a precaution against the ‘Corona Virus’

Even though there have been no onfirmed COVID-19 cases in Bihar, on Friday afternoon (March 13), the state government  ordered all schools, colleges and movie halls to remain closed till March 31 as a preventive measure to contain the spread of novel coronavirus cases.

On Friday, Bihar Chief Minister Nitish Kumar held an emergency meeting to review the state government’s preparedness to tackle the coronavirus outbreak. Following the meeting it was decided that all schools and colleges, both private and government, along with all coaching institutes would remain closed till March 31.

The government has also decided to shut movie theatres across the state for the same period.

Briefing the media about the decisions taken in the meeting, Chief Secretary Deepak Kumar said till date 142 patients have been kept under observation in Bihar, out of which 73 have been discharged after their samples tested negative for COVID-19.

“The situation arising out of the coronavirus outbreak is serious and the state government has decided to close all schools, colleges and cinema halls till March 31,” Deepak Kumar said.

He said the state government will transfer the mid-day meal amount to bank account of the beneficiaries since the schools will remain closed.

Besides this, the annual Bihar Divas celebrations scheduled for March 22 have also been postponed till further notice.

The state government has also directed closure of more than 1.5 lakh Aanganwadi Kendras till further orders.

The government said it will not be organising any sporting event till March 31. All government parks and botanical gardens would also remain closed during this period.

The chief secretary said the state government was contemplating asking government employees to come to office on alternate days to avoid crowded atmosphere in offices.

He said though there has been no positive COVID-19 cases in Bihar so far, the government has decided to add hundred more ventilators across government hospitals.

Chief Secretary Deepak Kumar informed that the state government has also directed stepping up vigil at the Indo-Nepal border and carrying out more medical checks of people in the bordering areas.