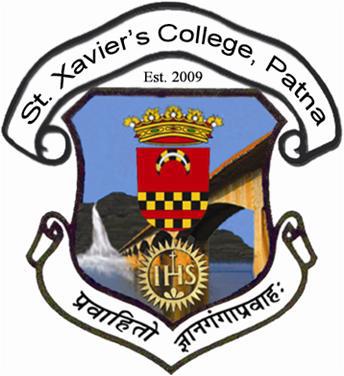 PATNA: With stay home and stay safe being the new mantra, and ‘patriotism’ being defined as ‘saving lives’, it’s no great wonder that colleges and institutions opted for ‘creative’ and ‘innovative’ ways to celebrate the 74th Independence day. What it actually meant was that some sort of online interaction was planned to ‘observe’ the day, and express the idea of political freedom.

In this vein,  St Xavier’s College of Management and Technology (SXCMT), situated at Digha, Patna, celebrated India’s 74th year of Independence by organizing a week of  ‘virtual’ inter-class and inter-college competitions.

The Independence Day function on Saturday began with the national flag hoisting on the college campus, followed by an online brief cultural programme. The event was coordinated from several locations and streamed live on YouTube and Google Meet.

The function began with recitation of a poem by Shobhana Gupta, which touched on India’s unity amidst diversity and was in sync with the ongoing narrative of deification of the armed forces, going a step further to equate parents, spouses, and siblings of fallen soldiers with the greatest of freedom fighters.

This was followed by a speech by Xaverian  Royston Norman on the meaning and context of freedom and a reflection on the curbs imposed in the name of Corona virus, the invader of the century .

The Xavier Theater Club a presented a token to the independence with a patchy powerpoint-ish thing  which mainly consisted of some hastily acquired images from the internet, rather than anything resembling actual acting or performance. The theme was particularly hackneyed: a grandfather-grand-daughter conversation using snatches of Tagore’s ‘Where the mind is without fear’ ostensibly making the point that Nobel laureate Rabindra Nath Tagore dreamt of an ‘Atmanirbhar Bharat’ and not ‘Andhbiswas Bharat’. On it’s own, the presentation was amateurish and in the ‘not bad’ catergory, but it did not live up to the expectations. Xavier Theatre Club is well known in student circles for their high quality performances.

Addressing the virtual gathering, Principal Rev T Nishaant SJ said the time had come when people should inculcate critical thinking in themselves in new and different ways. “Let us pledge that we become truly responsible and express our love for our country,” he said.

Chief guest Manju Sinha, chairperson of Gulmohar Maitree, called for transition from a “me” mentality to a “we” mentality. “Stand with corona patients and corona warriors. Tell them we are with them in these difficult times. This will make us atmanirbhar (self-reliant) in true sense,” she added.

Sonal Kohli anchored the event, Deepu Denis, proposed a vote of thanks.

On the whole, the online event was well conducted and went off with a few minor glitches, which can be blamed on the erratic bandwidth and network problems. With the presenters, organisers and co-hosts operating from different locations, it was indeed well coordinated.