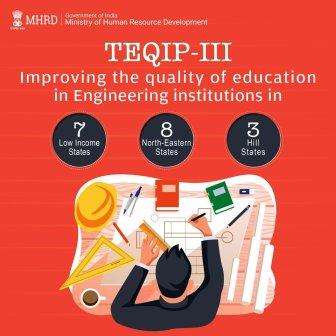 Patna : By September end, the second phase of TEQIP will end. Technical Education Quality Improvement Project (TEQIP) is a fully integrated plan of twenty – five years. The government of India on 1st February 2017 signed a memorandum of understanding (MoU) with the World Bank in which India took loan of US $ 201.50 million for improving the quality of education in the engineering colleges of backward states. So, 1200 teachers from 13 states were appointed under (TEQIP) and now their jobs are at risk.
Some 200 of these teachers are from Bihar.
These professors were serving in eight engineering colleges they are – Bhagalpur College of Engineering, Darbhanga College of Engineering, Gaya College of Engineering, Loknayak Jai Prakash Institute of Technology, Motihari College of Engineering, Muzzaffarpur Institute of Technology , Nalanda College of Engineering and Aryabhatta Knowledge of University Patna.
The teachers fear that this project will end and they will become jobless overnight . The central government has extended the TEQIP –III upto March 2021.
This means that these professors will have to start job-hunting soon. There’s no guarantee that the government is going to continue the scheme after six months.
Meanwhile one of the professors reportedly said that a contract was signed between the world bank and the central government, followed by another between the central government and state government stating that well- performing faculty hired using project funds would retain their posts and be paid exclusively from state funds. However, so far there is no assurance given by the state government.
Instead of being pragmatic and starting their job-hunting, the professors are reportedly sitting on dharna in front of their respective colleges from September 4. Dr. Bushra Zaman, Nodal officer, State Project Implementation Unit, Bihar, said “ project has been extended till March 2021. National Project Implementation Unit will soon issue letters to all the colleges regarding this”
Mohammad Nadir professor at Bhagalpur Engineering College said “ we were appointed after several rounds of exams, presentations and interviews. The salary was also fine, so I felt that I had a stable career but I don’t see any chance of reappointment of us.
NEW NORMAL
On the other hand, the concerned colleges will face shortage of teachers and the curriculum delivery could be affected.
In Bhagalpur there are 1000 students and there are 52 professors out of which 37 are under TEQIP. When the scheme ends there will be 15 teachers left.
In the Darbhanga college, there are 1100 students and 46 TEQIP teachers are appointed out of 58. The same will happen with other engineering colleges also.
Nadir said, “Our services are ending in the time of pandemic, when no new job opportunities are taking place and even recruitments are shrinking”
Anshul Shekhar, Co-ordinator at Bhagalpur college of engineering said that “ there is huge shortage of teachers in engineering colleges. If government wants to appoint new teachers in place of them then it has to start the process but nothing is being done yet.
In Bihar, which is regarded as one of the least developed states, it is evident that education and human resource development are major problems. Short term injections of loan funds from World bank and other sources cannot be the solution to problems.
On the other hand, the teaching community cannot expect to occupy lifetime appointments without delivering quality service. As the whole world is now working on short term appointment models, it is time that the professors in government colleges realize that the gravy train has run out of steam.

With inputs from Isha Birlay