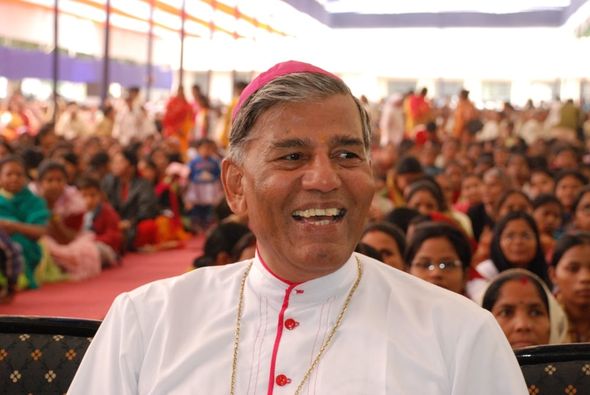 Patna: Patna Archdiocese will bid farewell to their Metropolitan Archbishop Most Rev William D’Souza SJ and welcome the newly appointed pastoral governor the Most Rev Sebastian Kallupura following the official announcement by the CBCI on Wednesday, 9 December, 2020 at 4.30pm.

Most Rev. William D’Souza S.J., who on attaining the age of 74, had sent in the customary resignation from the pastoral governance of Patna Archdiocese to His Holiness Pope Francis, making way for his successor.

Most Rev. Sebastian Kallupura (67), currently the Coadjutor Archbishop of Patna succeeds as the Metropolitan Archbishop, as His Holiness Pope Francis accepted the resignation of Most Rev. William D’Souza S.J. He is currently the Chairman of the CCBI Commission for Family and Caritas India.

Archbishop Sebastian Kallupura, was born on 14 July, 1952 at Teekoy, in the Diocese of Palai, Kerala. In 1971 he joined the minor seminary in Palai for Patna diocese, and was ordained priest on 14 May, 1984. He served the Archdiocese of Patna as parish priest in various parishes from 1984 to 1999, as assistant treasurer 2000-2002, director of the Archdiocesan social apostolate 2008-2009 and director of the Bihar Social Forum in 2009.

He was elected Bishop of Buxar on 7 April, 2009 and ordained on 21 June, 2009, succeeding the Most Rev William D’souza who was the first Bishop of the newly created Buxar diocese. [ Archbishop William was elected on 12 December 2005 and ordained Bishop on 25 March 2006 on the feast day of annunciation at Mary Mother of Perpetual Help Cathedral Buxar.]

Pope Francis appointed Bishop Sebastian as the Coadjutor Archbishop of Patna on 29 June 2018.

As for Archbishop William, he was also the Administrator of Muzaffarpur diocese for a year. He was the parish priest of Itarhi in the district of Buxar at the time of his appointment as Bishop. Pope Benedict XVI appointed him as the Metropolitan Archbishop of Patna on 1 October, 2007. He is a priest for 44 years and a Bishop for 14 years.

Archbishop William was also known for his ecological ministries since 1996, especially when he set apart ten acres of prime land in the metropolis to build the first ever Bio-reserve.

Archbishop William was born on 5 March 1946 at Madanthyar, Karnataka. He joined the Jesuit congregation and ordained priest on 3 May 1976. He did his philosophical studies in Shembanagur in Tamilnadu and theology at Jnana Deepa Vidyapeet in Pune. He was superior of Jesuit communities in various places. He served as rector of the minor seminary in Muzaffarpur, parish priests in different parishes, secretary to the bishop of Muzaffarpur and provincial of the Patna Jesuit province from 1995 to 2001.

He was the Archbishop who wrote to all churches and communities not to indulge in electric illumination for Christmas since 52 kilograms of coal produces one unit of electricity. He always urged his people to stand up and take action especially on the conservation of electricity and water.

One Response to "Patna readies for New Archbishop, Farewell to William D’Souza"