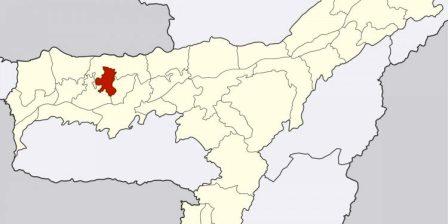 Assam has now 34 districts! People in Bajali sub-division in Assam woke up this morning to find themselves in Assam’s newest district. Bajali has been carved out of Barpeta district.

A notification was issued by the Govenor of Assam Jagdish Mukhi on Tuesday (12th January).

With this Bajali has become the 34th full-fledged district of Assam, right in time for the Bihu celebrations!.  Bajali is located 103 kilometres west of Guwahati.

Earlier in August 2020, the Assam Government had passed an order declaring Bajali as a district. However, a formal notification from the Governor was awaited, which was issued on Tuesday.

Chief Minister Sonowal congratulated the people of Bajali and said that declaration of Bajali as a district will pave way for faster development of the area.

Sonowal said, “Today is a great day for the people of Bajali subdivision as formal notification declaring it as a district has been issued.”

“I congratulate the people on this occasion. I believe this will pave way for faster development of the educational and cultural hub of Assam,” the Assam Chief Minister added.

Bajali has become the 7th district to be formed after 2015.