Arrested for inciting killing of birds! 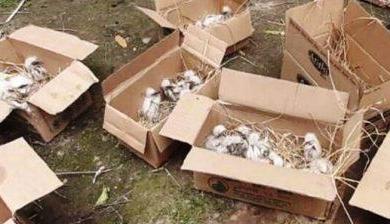 Following a virtual social media storm, Police in Assam have arrested three officials in connection with the killing of more than 250 cattle egrets by the Tangla Municipal Board in Assam’s Udalguri district.

The heart of the matter is a ‘direction’ by the Municipal Board to villagers to lop of bamboo groves that were the nesting places of these small white birds. Some officers within the board it seems, wanted to link the ‘unhygienic’ bird droppings with the spread of Covid-19!

The cattle egret is a cosmopolitan species of heron found in the tropics, subtropics, and warm-temperate zones. It is the only member of the monotypic genus Bubulcus, although some authorities regard its two subspecies as full species, the western cattle egret and the eastern cattle egret.

Police arrested three officials of the Tangla Municipal Board including executive officer Santanu Das based on a complaint filed by the forest department.

Sources said the arrested persons have been sent to 14-day judicial custody.

The egrets were killed after the Tangla Municipal Board felled bamboo trees based on claims that the groove which nestled the egret colony for years was a source of Covid-19 due to the birds’ droppings.

In an order on June 8 signed by the executive officer of Tangla Municipal Board, five families of ward number 1 of Tangla town were informed that the egret birds’ dropping on their bamboo groves has “created an unhygienic environment” and have added to the risk of spreading coronavirus.” Therefore the bamboo groves in your area shall be felled to create a healthy living condition.”

Assam chief minister Himanta Biswa Sarma ordered a probe into the incident after it sparked outrage on social media.

Sources said they have been charged under section 50,51,9 of Wildlife Protection Act 1972. Pertinently, the death of the Cattle Egrets had drawn widespread criticism and had drawn attention of wildlife activist and conservationists. Former Wildlife Warden of Udalguri and conservationist, Jayanta Kumar Das hailed the efforts of the forest department. “Such actions of the forest department will serve as a deterrent to the wildlife crimes and set a precedent in the civil society,” he said.