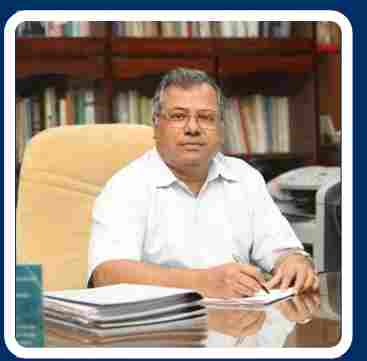 Jesuit Father Abraham Enthemkuzy, (70) widely recognized as a management expert and  also as the longest-serving director of Xavier Labour Relations Institute (XLRI), Jamshedpur, one of the best management schools in India died earlier this week due to cardiac arrest.

The Jesuit priest  has been the longest serving Director of Xavier Labour Relations Institute  [XLRI] in its  70 year history. His total tenure as Director spanned for over 16 years across two terms. He was also an alumnus of  XLRI.

Father  Abraham served as the Director of XIMB from 1997-2007. After serving as Director of XLRI, in 2019, he  took charge as Advisor to Vice-Chancellor of XIM University from 2019.

“Indian management education has suffered a big jolt. In a career spanning over five decades, Fr. Abraham made immense contributions to Indian management education. As the Director of XLRI Jamshedpur and XIM Bhubaneshwar, he played a leading role in guiding the two institutions to greater heights. He was closely associated with several professional bodies like AIMS and NHRDN and received many awards for his lasting contributions,” reads a page long tribute in a popular MBA portal MBA Universe.

Abraham Enthemkuzy graduated from XLRI and obtained his Ph.D. in Psychology from Gujarat University. He had joined the Jesuit Society in 1968 and took his final vows in July 1990.

He was a “leading Jesuit management person, a good companion and a visionary. Let us build on his heritage,” said Jesuit Father George Pattery, former head of South Asia region of Jesuits or Jesuit Conference of South Asia, a body of heads of 18 provinces and two regions.

He was instrumental in setting up the Centre for Peace and Justice, XLRI Jamshedpur.

Fr. Abraham is highly regarded as a champion of India’s management academia and an eminent thought leader in academic governance.

He  was honoured with numerous awards for his contribution to management education in India.

For his seminal contribution to the corpus of knowledge in the field of management education, Fr. Abraham received the AIM-ASMA Lifetime Achievement Award in 2019.

He was the Founder-Secretary of the National HRD Network and the Founder-President of Indian Association of Autonomous Business Schools.

He was the President of the Association of Indian Management Schools and a member of the board at IRMA.

He was also member of National Board of Accreditation and member of All India Board of Management Studies.

Father Abe was a strong votary of inculcating values and ethics in management education. In an interview with MBAUniverse.com as the Director of XLRI, he had said, “The values that are instilled in the students here produce not just excellent managers but good human beings with an ethical outlook. A unique environment of ‘caring and sharing’ is what makes this B-school different.”

Fr Abraham’s death is being mourned by thousands of management educationists and lakhs of his students.

“His passing away is a great loss, not easy to fill. We will miss his voice and the sweet subtle smile, so assuringly warm always, but his message for the greater common good shall certainly inform our lives and work. May his soul rest in eternal peace with God,” said Paramjyot Singh, chairperson, Centre for Peace and Justice, XLRI Jamshedpur.

“I am sad to know that Fr. Abraham is no more. I cherished my memories of him. He was a gem of a person, open and warm-hearted. He welcomed us although we were students at Xavier Institute of Management, Bhubaneswar,” said Father Ajaya Kumar Singh, a priest of Cuttack-Bhubaneswar Archdiocese and human rights activist.