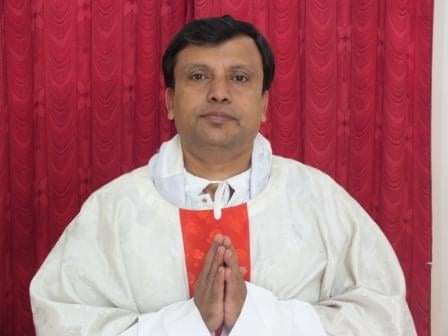 Pope Francis on July 16 appointed Father Deepak Valerian Tauro, rector of St Albert’s College in Ranchi, as the auxiliary bishop of the archdiocese of Delhi,  according to a press release from Father Stephen Alathara, deputy secretary general of the Conference of Catholic Bishops in India.

The 54-year-old bishop-elect is a priest of the diocese of Muzaffarpur in Bihar, eastern India.

Bishop-elect Tauro was born on August 2, 1967, at Chikmagalur in the southern Indian state of Karnataka.

He did his minor seminary at Muzaffarpur in Bihar State and studied Philosophy at Morning Star College, Kolkata.

He completed his Theology at St. Albert’s College in Ranchi. He was ordained a priest on May 10, 1996, for the diocese of Muzaffarpur.

He has a Masters in Spirituality and Counselling from Dharmaram Vidya Kshetram in Bengaluru, capital of Karnataka state.

He served as the secretary to the bishop for three years from 2007. He also worked the director of Diocesan Youth Forum, regional secretary of Conference of Diocesan Priests of India.

Catholic population in Delhi archdiocese is about 100,300, spread over 61 parishes. They are served by 132 diocesan priests, 157 religious priests and 413 women religious.