Yesterday night, the 15th of July a mob attacked patients, nurses, and a nun in the only functioning ward of a hospital. Read on:

An Open Letter to the Well Wishers of Mokama Nazareth Hospital
With a heavy heart I wish you all a very Good Morning!

For Nazareth Hospital it is not a good morning but a day of sadness and turmoil.

Last night close to 9.30 pm, a mob of thirty people ravaged our only functioning ward with eleven inpatients. The mob equally terrorized the working staff, the watchman and the patients.

Ten of the eleven patients developed fever and loose motion out of fear and the blood-pressure of one patient went high due to panic.

It all happened under the watchful eye of a handful of Mokama police personnel who were onlookers along with the mob.
The on-call Sister, Aruna Kerketta, SCN was beaten up and kicked as she tried to inform the administration about the chaotic situation.

A group of around thirty people rushed into the ward shouting, “Get ready with everything and call the doctor” and took a stretcher and brought in a person on the stretcher. They rolled the stretcher till the end of the ward where two female inpatients were resting.

One of the attendants from the mob went to beat up an old female patient.

As the head nurse enquired what was happening amidst the chaos, the other nurse called the doctor on duty.

Seeing the mob frenzy the doctor called two of the attendants and a policeman to the nurses’ station and informed them that the patient was dead.

Still two of the attendants kept on shouting that there was a pulse. They raised their hands to beat up the nurses. Out of fear for their lives, the nurses locked themselves in the nurses’ station along with the doctor and called for the on-call Sister.

The mob kept banging on the door.
Sister Aruna came in to enquire about the patient not knowing the condition of the patient or the situation of the nurses or doctor.

She asked one of the attendants about what had happened to the patient as the body was already out of the ward.

One of them said that Pankaj Kumar Singh (40), JE of the railways from Shankarva Tolla was shot on his way back from work. And he instantly fell off his motorbike.

In the process she was beaten up and one of them snatched away the phone from her saying that the patient has pulse.
It is tragic to lose a young man like that abruptly. It is ever more tragic to terrorize the on duty nurses and the doctor.

Nazareth Hospital functions with a handful of nurses and doctors. It is a difficult task for the administration to recruit trained doctors and nurses to work at the hospital.

Then by the rude and mob behavior of our very local people who keep on asking the hospital administration to make the hospital function as a full-fledged hospital; isn’t this a contradiction in terms?

Nazareth Hospital has only medical outpatient and in-patient services along with outpatient obstetrics and gynecology. All other services such as laboratory, X-ray, ultra-sound and pharmacy are functioning. There is also, a ‘Wellness Centre” and an advanced physiotherapy department. Many stroke patients regain strength to lead a manageable life through both of these Centers.

Our very local people who keep on asking us to make the hospital function as before are the same ones who do not help us to make it function the way a hospital should function.

How is it possible to function in such a hostile environment?

There is a procedure to follow when a patient or dead-body is brought into the hospital.

In Pankaj’s case, the mob was the nurse, the doctor on duty and the attendants. It is sad that the police personnel could not be effective in the midst of an unruly crowd.
Sister Anjana, SCN
Administrator

Is the Indian Church serious about Lay Collaboration? 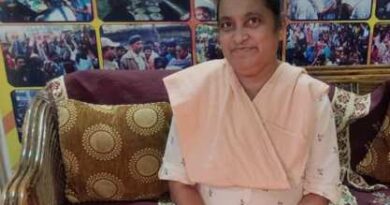 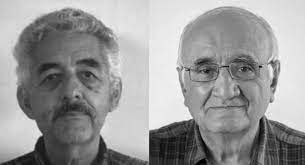