Every evening, a group of 15 college graduates gather at the Newman school in a remote hilly village to learn a language with 48 vowels and 31 consonants, with four different tones.

They are inspired by the vision of a middle-aged farmer, who wants to save his native dialect from extinction.

Fifty-five  year old Wanglung Mossang ,from a remote district in Northeast india’s Arunachal Pradesh has set out on a mission to promote the writing system of his mother tongue, Tangsa.

Tangsa is a dialect used by an estimated population of 100,000 Tangsas, a scheduled tribe under the Indian Constitution, who inhabit the  Changlang district.

“My aim is to preserve our Tangsa language, which according to a recent study is marked as an endangered language,” says Wanglung Mossang, from Neotan Village in the Catholic diocese of Miao.

Mossang, who  conducts evening classes for college students , has picked up the torch kindled about two years ago.

In 1990 a tribal activist  Lakhum Mossang  began the work on a common script for the Tangsa tribe. However, his untimely death in 2020 brought an abrupt halt to years of hard work, sacrifice and research efforts.

“Initially the script was meant only for the Mossang sub-tribe. However, meeting attended by all the sub-tribes of Tangsas on November 2, 2019, the script was unanimously accepted and declared as the common Tangsa Script,” Wanglung says.

Reacting to the new development, Stephen Morey, a well-known linguistic research scholar and professor from Australia, said, “It is a great step forward, so exciting to be learning about a script, a whole system of writing, created by an inspired person and being taught by community members like Wanglung Mossang so committed to preserving their unique culture.”

“The script is not only beautiful to behold but entirely suitable for the language,” added Morey, who was responsible for converting the handwritten script of Lakhum Mossang to Lakhum Tangsa Script font style in Microsoft Word.

The script has been approved for inclusion in the next version of Unicode, an international encoding standard for use with language and scripts, by which each letter, digit, or symbol is assigned a unique numeric value that applies across different platforms and programs.

Among the over 50 dialects spoken in Arunachal Pradesh state, the Tangsas  are now only the third tribe to have a  unique written script. The other two are Khampti and Wancho. While the Khampti script is centuries old, the Wancho script was invented by Banwang Losu, a youth from Longding district, in early 2000s.

“The Tangsa script is great unifying factor. The gap resulting from the language variations among all our Tangsa sub-tribes has been bridged by this script. Though we may speak differently, with this common script we can now read and write in one voice,” said Nemsi Mossang, a teacher of the village’s government school. “I will use my lock down time to teach this script to at least five children in the coming days.”

“Many young people of various tribes in Arunachal do not speak their own mother dialect. In the absence of a proper script, there is a danger of these beautiful dialects getting completely forgotten. May our humble efforts to preserve our dialect inspire others across the state,” Wanglung said.

The Seven Sisters are not a quiet, peaceful, hymn singing bunch! 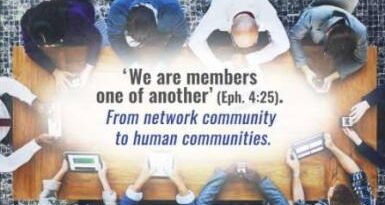