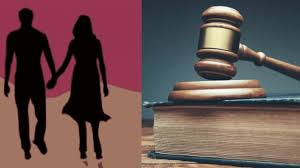 Are Indian Christians becoming aggressively anti-Muslim?  It would appear so, especially if one monitors certain ‘Christian groups’ on social media. And when a Bishop, no less begins speaking the language of suspicion, one cannot sit quietly any longer.

Look at some of the issues floating around:  ‘love jihad,’ [when even a certain South Indian Bishop seems to align himself with Hindutva hardliners like Yogi Adityanath]; ‘benefits for minorities  being swallowed by Muslims,’ or condemnation of a movie made by a Muslim director showing the Quranic versions of the ‘childhood’ of  Jesus. The latest controversy bubbles around The bishop of Pallai’s invention of a new term ‘narcotic jihad,’. The Muslim is the target .

Islamophobia is defined  as ‘an exaggerated fear, hatred, and hostility toward Islam and Muslims that is perpetuated by negative stereotypes resulting in bias, discrimination, and the marginalization and exclusion of Muslims from social, political, and civic life’. The 9/11 incident and subsequent developments have worsened the situation. With the victory of Taliban forces in Afghanistan the spread of Islamophobia is likely to  grow.

Father M K George SJ, the  Jesuit Regional Assistant for South Asia has written about 5 Reasons why Christians should not be promoting Islamophobia.

We reproduce his words below:

First and foremost, love is the Christian way. Self-immolating love, after the model of Jesus. It would be interesting for Christians across India to ask whether love really rules our responses to Islamic behaviour, which very honestly we must say, did not always remain just and human. The fact the other is doing wrong does not give us the right to do wrong.

Second, most of the Islam hatred is based on fake news. Nobody should believe all that is shared even in the print media. In a recent webinar journalist, Sagarika Ghose said that an organized industry of fake information is thriving in India. She added, ‘the Indian media is finished. Large media houses are prostrate before the powers that be.’

For Christians or for that matter for any believer to spread fake news or respond based on unverified news is contrary to the very principles of the faith that he or she follows. Truth alone should guide us. Unfortunately, there is so much untruth around that one is hard pressed for time and knowledge to distinguish the real from the fake.

Unfortunately, in India we have a situation where powers that be are promoting or at least closing their eyes to widespread hate speech and hate crimes of the supporters of the regime. While those in the opposition or even non-political actors are under threat of prosecution those close to the ruling regime go scot free of the crudest of hate speech and crimes.

Fourth, the naiveté of the Christian leaders who seem to pit Muslims against the combination of Christians and right wing majority is terribly depressing. It is almost as if the Christians are not able to distinguish lions in lambskin. At any point of time right wing fundamentalism is far more dangerous to democracy and the minorities than any other fundamentalist movements.

Unfortunately, the Christians who refuse to see what these so called right wing friends are doing to their own Christian brothers and sisters in other parts of the country is itself inscrutable. The Khandmal Christians and their suffering, unfortunately, have not caught the attention of the mainstream Christian community or leadership as much as the so-called love jihad, or the latest ‘narcotic jihad.’

Fifth, the saddest of realities is the sheer lack of rigorous social analysis and political education of not only the Christian faithful but also worse still of the Christian leadership. Are the real social and political issues at the local and universal levels the major talking points of Christians? Or, are they engaged in non-issues. Sometimes an ordinary Christian would feel that the leadership is talking themselves to irrelevance. There will come a time, and that too pretty soon, when no one, except the sycophantic minority, will take the church leadership seriously.

The Jesuit General Congregation 34 made a profound statement. It said, ‘to be religious is to be interreligious.’ No one can be truly religious by being antipathetic to other religions. Pope Francis remains an ardent believer in listening and dialogue. He is wants to take interreligious dialogue in new directions encouraging the dialogue of fraternity, accompaniment and journey together.

Aggressive anti-Islamic positions of Christians are not only naive but also very irreligious.

A footnote: Just in case anybody thinks, I am supporting Islamic fundamentalism and terrorism that is wrong. The primary duty of a Christian today is to fight fundamentalist and terrorist tendencies everywhere, even within one’s own home. And I strive to the best of my ability to live as a Christian.