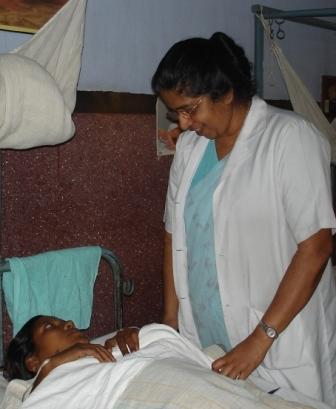 The viral fever outbreak in Bihar, reported by the media earlier this month  has worsened significantly. According to media reports,  many patients, most of them children,  admitted to hospitals have been put on Oxygen support.

The outbreak in several  districts of Bihar has posed a serious challenge to the state government.

Many  hospitals in Patna are already crowded with children with  viral fever.

So far, Bihar has reported 400 cases suffering from flu and all of them are children, who have been admitted in this month. While 200 children have recovered , many of them are is still undergoing treatment.

As per government data, 6,800 children visited different government health facilities in the state with complaints of fever and other flu-related symptoms in the first 14 days of this month. 15 of them have died.

The viral cases in Bihar were increasing from August and it is being ongoing process continuously. Dr Binod Kumar Singh of Nalanda Medical College Hospital in Patna says that this flu is common among children in August and September because of humid weather conditions.

However, Health Minister Mangal Pandey said that the government was fully prepared to deal with the situation.

The four big hospitals in Patna:  NMCH, PMCH, IGIMS, and AIIMS are already crowded with children with more viral cases.

Dr. Lokesh Tiwari, the pediatrician in Patna AIIMS told a media house a fortnight ago : “The children are infected with an unknown virus that causes infection in the lungs. The children are also suffering from bronchitis as well. Hence, we have put the majority of the children on oxygen supports.”

A media report said there was  a provision of 84 beds for children in Patna NMCH but at the time, 87 children are being treated there. Similarly, the number of child patients admitted exceeded the number of beds in PMCH.

Due to the changing weather, children are facing cold, cough and fever problems and if not treated on time, there was a risk of Influenza and Pneumonia, Dr Binod Kumar Singh (NMCH) said. He also said the hospital was not in a position to admit more children.

At a time when viral fever cases among children are on the rise in the state, the emergence of swine flu cases has further worried health department.

Three Swine Flu cases have so far been detected at a private hospital in the city. Two of the patients have  recovered and have been discharged from the hospital.