India waited with baited breath as Union Finance Minister Nirmala Sitharaman presented the Union Budget for the current fiscal year in  the Parliament on Tuesday.

Predictably, the budget was praised by Prime Minister Narendra Modi, who said  ‘This budget brings in new hopes and opportunities for the people. It strengthens the economy; it’s full of ‘more infrastructure, more investment, more growth and more jobs’.

He noted that it had  a ‘new provision of green jobs’, and ensures a bright future for youth.

The Finance Minister also announced tax relief for persons with disabilities. The parents or guardian can insure their children with disabilities, she said. The payment of annuity or lump sum for disabled dependent will be exempted from tax during the lifetime, she added.

In a far-reaching change, taxpayers shall have an opportunity to correct any error/omission by filing an updated return within 2 years from the relevant assessment year.

The government has increased its defence capital outlay by nearly 10 per cent from last year’s Revised Estimates to Rs 1.52 lakh crore, boosting the Armed Forces’ push for procuring modern equipment.

The increased allocation comes at a time when the Army, Navy and Air Force are in the process of procuring new equipment including submarines, fighter jets, tanks, artillery guns and drones.

Pensions still account for just under a quarter of the total defence budget, a concern that governments have been trying to work on over the years.

In a boost to border infrastructure and coastal security, capital budgets of the Border Roads Organisation and the Coast Guard have also seen major hikes. BRO’s capital budget has jumped by 40 per cent, from Rs 2,500 crore last year to Rs 3,500 crore, while the Coast Guard has seen a 60 per cent enhancement, from Rs 2,650 crore in 2021-2022 to Rs 4,246 crore this year.

For the ordinary citizen, there’s not much hope that income taxes will be lowered, but the indirect tax scene will have the usual ups and downs.

Changes in customs duty will effectively raise prices of some commodities.

Rainy days will be taxing as  duty on umbrellas has been raised to 20%. Electronic toys,  Smart meters, solar cells and solar modules will get costlier, as will X-Ray machines.

Customs duty on cut and polished diamonds, gems are to be reduced to 5%.  Gold and silver gets cheaper.

Interestingly, while Mobile phones and chargers will be cheaper, those who want to invest in a new pair of  headphones, earphones or speakers will have to face the music. These get costlier! Camera lenses will go cheaper.

The fashionable will wear a smile as leather goods, clothes, and gemstones take a dip in price. Exotic food items like frozen mussels and squids are to  get cheaper. Alcoholic beverages will also get costlier.

Cocoa beans import may be cheaper- sweet news for chocolate lovers, and those who like their food with a touch of ‘hing’ can splurge as asafoetida is cheaper.

The Budget has extended the ECGLS (Emergency Credit Line Guarantee Scheme) to help small firms and companies. Various small firms availed the use of this scheme as they were hit by Covid related restrictions.

Tax on Crypto and the introduction of CBDC

Bitcoin and the rest doesn’t amount to ‘currency’ but are ‘digital assets’.

“Profits from sale of digital assets will be taxed at 30%. Talks are on to draw up new regulation,” says Finance Minister Nirmala Sitharaman.

“A currency is a currency only when issued by the central bank. RBI can issue digital currency. Everything outside of it, including the crypto world, are assets,” Nirmala Sitharaman on being asked if even crypto-currency would be taxed.

The government has proposed a ‘Digital Rupee’, or Central Bank Digital Currency (CBDC).

The government has announced that the RBI will launch CBDC, based on block chain technology.

The budget this year also focused on digital learning because of schools impacting students’ academic performance. There will be 200 TV Channels for classes 1-12.

Speaking to ANI, the Congress MP said there is no mention of MGNREGA, Defence or any other urgent priorities facing the public.

“Extremely disappointing, a damp squib! There seems to be absolutely nothing in this Budget. It’s an astonishingly disappointing Budget. When you listen to the speech, no mention of MGNREGA, of Defence, of any other urgent priorities facing the public,” said Mr Tharoor.

The budget has not mentioned no roadmaps for job creation, and there is absolutely nothing for the relief to the middle class and poor. 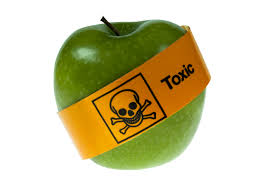 India will use 51 pesticides banned worldwide 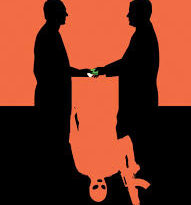