A group of scientists from Intergovernmental Panel on Climate Change, said that even if nations try to control emissions now, the total global warming temperature is destined to rise 1.5 degrees Celsius in next two decades.

India and several counties are battling deadly floods and landslides after heavy monsoon rains like never before. This is proof enough that we are on the front line of climate change.

Cyclones are not a rare sight in the northern Indian Ocean, yet scientists say they are becoming more frequent and severe as sea temperatures rise.

Last year in India, a ferocious flash flood hurtled down a remote Indian Himalayan valley, sweeping away homes, a hydro plant and around 200 people. It’s not so remote to those who lived through the Chamoli disaster in Uttarakhand!

A landslide killed 13 people in the Himalayan state of Uttaranchal. A few of the many incidents continuously taking place in India, and around the globe.

Heat waves have killed hundreds of people in the United States and Canada this summer alone, floods have devastated Germany and China, and wildfires have raged out of control in Siberia, Turkey, and Greece.

This is just the beginning, said the scientists. A hotter future is now unavoidable.

This will bring along many challenges which will be life threatening, sprawling from extreme heat waves, struggle for water because of drought, many species of animals and plant will go extinct.

Not all is lost, humanity still has a chance to keep the world from becoming even more hotter. This requires a collaborative effort of countries to stop emitting carbon dioxide.

This would require an urgent move away from fossil fuels, as well as the removal of massive amounts of carbon from the atmosphere.

The analysis predicts that if this happens, global warming will likely come to a standstill and level off at roughly 1.5 degrees Celsius.

However, if this doesn’t happen, we will cross the point from where nothing could go right. With every rise in global temperature the condition would go worse and worse, to such extent where human beings will be vanished.

“There’s no going back from some changes in the climate system,” said Ko Barrett, a vice-chair of the panel and a senior adviser for climate at the National Oceanic and Atmospheric Administration. But, she added, immediate and sustained emissions cuts “could really make a difference in the climate future we have ahead of us.”

Big nations have promised to cut-off their carbon emission, and to keep the global temperature to 1.5 degrees Celsius, but it has not been implemented upon. The biggest emitters of greenhouse gases are China, the United States, the European Union, India, Russia, Japan, Brazil, Indonesia, Iran and Canada.

The report leaves no doubt that humans are responsible for global warming, concluding that essentially all of the rise in global average temperatures since the 19th century has been driven by nations burning fossil fuels, clearing forests and loading the atmosphere with greenhouse gases like carbon dioxide and methane that trap heat.

As a result the ocean levels have risen 8 inches on average over the past century, and the rate of increase has doubled since 2006. Heat waves have become significantly hotter since 1950 and last longer in much of the world. Wildfire weather has worsened across large swaths of the globe. Bursts of extreme heat in the ocean — which can kill fish, seabirds and coral reefs — have doubled in frequency since the 1980s.

At 1.5 degrees Celsius of warming, ocean levels are expected to rise another 1 to 2 feet this century, regularly inundating many coastal cities with floods that would have happened once every century in the past.

The question is, when will the world really have time to come together and work together?

Let’s face it folks, at this very moment, the biggest news on your screens across the world is Russia invading Ukraine. This very day, there are minor and major conflicts happening in different parts of the world.

In our own country India, how many of us really care about things like pollution, salination of fresh water,and overflowing toxic waste?

Are all of us actively working to end the human story? 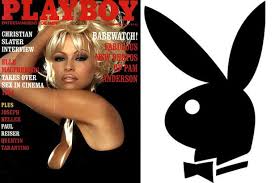 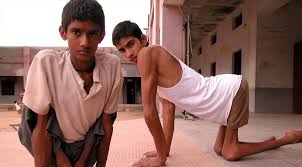 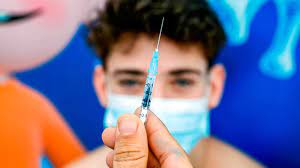