With hundreds of stranded youngsters arriving across Indian borders from the Russian-Ukraine conflict zone, a sizeable number of Bihar’s sons and daughters are also in the mix.

On Sunday, the families of 97 Bihar students expressed their happiness as they greeted the returnees at the Jayprakash Narain International Airport in Patna, Bihar’s capital. .

Earlier reports say that some 756 medical students from Bihar, who were studying in Ukraine, have returned. Observers may be surprised at the large number of wannabe medicos studying in this East European country, given that Bihar is considered an economically and socially ‘backward state’.

Since the New Delhi began ‘Operation Ganga’ to extract besieged Indian students, it is believed that at present, some 150 Bihari youth have not been evacuated.

On Sunday, 11 people from Bhagalpur, nine from Gaya, eight each from Vaishali and Katihar, seven from Patna, five each from Sitamarhi and Motihari, four each from Bettiah, Purnia, and Begusarai, and three each from Goaplaganj, Madhubani, Muzaffarpur, and Siwan are among the returnees.

The news media carried some stories from the students.

Shilpa Gupta from Raxual narrated her experiences on the way to Lviv Oblast railway station after a long night in Kyiv. “Once the bombing started on February 24, I along with my room-mate left the apartment. Two bombs exploded near our apartment. When we went to catch a train, it was full. After lots of struggle, we finally boarded the train. I also got injured as officials were attacking people,” she said.

“We boarded the train for Romania. Due to bombardment on Kharkiv, the train took us to Lviv. From there, we hired a private cab to reach Poland border. But the vehicle was stopped almost 30 kilometres away. We walked and spent sleepless nights without food for three days. when we reached the border, the Ukranian army attacked and asked us to return. However, with the help of Indian Embassy , we reached home safely”, she told a news site.

After five years, Hamdanul Haque, a Siwan native, returned to his hometown. Mazrul Haque, his father, was overjoyed to meet his son. “He did not return home even during the Covid-19 pandemic, but this time the situation was different. He was lucky to board the last train from Kyiv, where he was studying medicine at Bogomolets National Medical University. He left the city with 24 other students but they got separated at Kyiv station. He reached Hungary on March 4 and returned to Patna ,” Mazrul said. 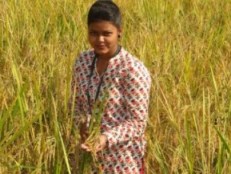 Friends of Trees and The Joy of the Harvest! 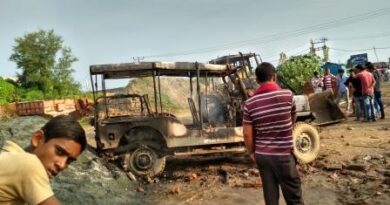 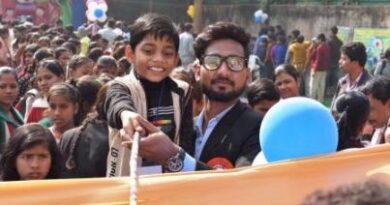 Pure Joy for Kids at Risk