An earthquake in eastern Afghanistan has left at least 1,000 people dead. The quake struck shortly after 2:30 AM India Time on Wednesday.

The earthquake had a magnitude of 5.9 and its epicentre was in the mountainous area near the country’s border with Pakistan — about 27 miles from the city of Khost — according to the U.S. Geological Survey.

The toll from the quake makes it one of the deadliest the country has seen in decades, and is the first major natural disaster since the Taliban swept to power in Kabul last summer after the withdrawal of U.S. military forces.

Maulawi Sharafuddin Muslim, the acting deputy minister of the country’s disaster management authority, said at a news conference that “some villages have been completely destroyed.” He said an emergency cabinet meeting had been convened and that Afghanistan’s prime minister was leading the coordination of rescue and relief efforts.

A Taliban government spokesman, Bilal Karimi, tweeted that the country would welcome help from international organizations. “All aid agencies are urged to send their teams to the area immediately so that further catastrophe can be prevented,” he said.

In New York, Ramiz Alakbarov, the U.N. resident coordinator in Afghanistan, said the United Nations has allocated $15 million to deal with the crisis. He added that the United Nations is working to distribute aid packages to displaced families but that it would be the responsibility of the “de facto authorities” to take charge of the recovery mission.

This has created a major challenge for the Taliban, the Islamic movement which regained power on Afghanistan last year. The Taliban has appealed for international help.

Very few countries have recognized the Taliban’s government since it came to power in August 2021, amid the rapid departure of U.S. and other Western forces. The group has implemented ultraconservative social policies and restricted the rights of women and girls, deepening its international isolation and leaving it cut off from most foreign aid.

“The government is working within its capabilities,” Anas Haqqani, a senior Taliban official, tweeted. “We hope that the International Community & aid agencies will also help our people in this dire situation.”

Within few hours of this tweet Indian Prime Minister Narendra Modi tweeted: “Deeply saddened at the news of the devastating earthquake in Afghanistan today. My deepest condolences on loss of precious lives. India stands by the people of Afghanistan in their difficult times and is ready to provide all possible disaster relief material at the earliest.”

Pakistan’s prime minister, Shehbaz Sharif, tweeted that he was “deeply grieved” by the disaster.

“People in Pakistan share the grief & sorrow of their Afghan brethren,” he said, adding that Pakistani authorities also were working to support those affected.

The number of people stuck under wreckage is still not clear. The rescue operation is also a difficult challenge for Health and aid workers because of the heavy rain.

Helicopters have been carrying the victims to hospitals in remote areas.

The UN and aid agencies in neighbouring Pakistan are assisting with the humanitarian effort, which includes deploying medical teams and providing medical supplies.

According to several media reports, Afghanistan has not seen this powerful earthquake as this is the deadliest in last two decades. The earthquake struck about 44km from the city of Khost and tremors were felt as far away as Pakistan and India. It is reported that people  in both Afghanistan’s capital, Kabul, and Pakistan’s capital, Islamabad felt the quake.

Pope Francis has offered prayers for the quake victims.

He shared a tweet saying “I express my sympathy to the injured and those who have been affected by the earthquake in #Afghanistan, and I especially pray for those who have lost their lives and for their families. I hope that with everyone’s help the suffering of the people can be alleviated.”

Prepared from news reports with inputs from HARSHIT PAUL 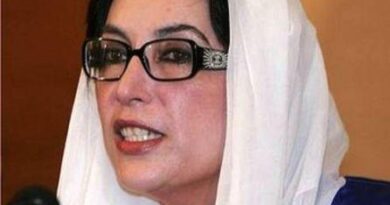 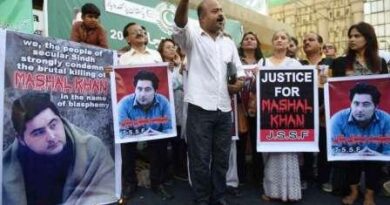 Lynched student innocent of Blasphemy, killed for being outspoken