The mango men and women (aam admi) are in a sorry state over the state of the Mango!

Around 30 – 40% of the total production of mango in India has gone down because of the unendurable heat. Reports indicate that in Uttar Pradesh has seen a 70% drop in mango production. The state is grows the most mangoes in India. Similar are reports from other mango supply states. Bihar, the 4th biggest producer of the fruit in India has seen severe damage in mango production .The early onset of the Bihari summer first damaged the mango flowers and fruits. Mangoes remained smallish and didn’t gain weight because of the poor pre-monsoon showers. This year also saw heavy attacks from red-banded mango caterpillars which affected the fruits in early development  and damaged the crops, causing premature falling of mangoes. During normal weather conditions, the state produces more than 15 lakh tonnes of mango which is around 8% of the total production of mango in India.

The ‘Mango man’ of Bihar 62 year old Mr. Ashok Chaudhary, said that only 30% of total mango production of state will be able to survive this year.

Chaudhary, based in Bhagalpur, is a science and law graduate,working in this field for around 30 years. Since, 1992 he has wprked for the conservation of the varieties of about-to-be extinct mangoes and started developing new varieties at his ‘Madhuban Mango Farm’. He has developed more than 80 varieties of mangoes of different regions and countries, including 20-25 varieties of colorful mangoes.

Production down, but export is up!

Contradictory reports can be seen on the export news front. An Indian Express report says, “After two years of low export volumes, mango traders are hopeful of a good year, with some hoping that the export volume this year will cross even the average 50,000-ton export. A bumper crop in many parts of the country as well as demand from overseas markets are expected to give some momentum to exports.”

Sunil Pawar, managing director of Maharashtra State Agricultural Marketing Board (MSAMB), said they have given the green signal to exporters to start their operations.

Kesar, Baiganpalli and Alphonso are among the most popular varieties of mangoes exported from the country.

The Mango is the most awaited fruit of the year. Its season lasts for around 100 days. People wait for summer to taste the magical flavour. Countries like Saudi Arabia, Bangladesh, and the UK are the topmost importers of Indian Mangoes. About 40 countries wait for summer to import mangoes from India.

Mangoes sold to the USA have to be irradiated before they are exported. For countries like Japan and those in Europe, hot water treatment and vapour heat treatment are prescribed. MSAMB has earmarked 50 ton of exports from the Vapour Heat Treatment facility for Japan and South Korea each, and 200 ton for European Union countries.

This year, 18,677 mango farms have registered with the MangoNet trace-ability system of the Agricultural Products Exports Development Authority (APEDA). The largest number of registrations are from Karnataka (8,768), followed by Maharashtra (4,269) and other states.

The mango news space trumpets that exports to the US are about to be resumed. According to a news report from The Print, ZEE5 and freshfruitportal.com – “Export of Indian mango to the United States (US) will start after a gap of two years and the volume of exports during 2022 is likely to surpass 1,095 million tonnes recorded in 2019-20, the Ministry of Commerce and Industry said”

Goodbye Mango, we will miss you!

Now, where one statement says that “The country has produced 30-40% less mangoes than last year” and another predicts export of mangoes this year will surpass last year’s figures. This is good news for a post-corona economy which needs a boost with some foreign currency reserves.

It is obvious that price of mangoes will not go down for this year, rather it can increase. Mango lovers in India will have to choose whatever is left over after  the dry season, heat wave, caterpillars, and their foreign friends have eaten their fill.

It’s a an over-used phrase: ‘Mango is the king of fruits’, because of it’s rich flavour. This year, Mango is the fruit for the Kings, one wisecrack said.

PREPARED BY NEWSNET DESK WITH INPUTS AND RESEARCH FROM HARSHIT PAUL 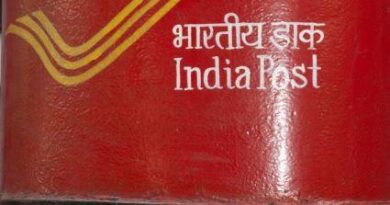 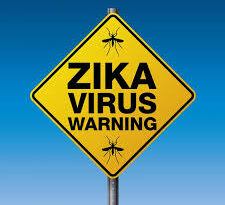 WHO warns: watch out for Zika!