Members of Bodh Gaya (Bihar)  tiny Catholic community gathered together at the chapel of the Jesuit run social centre Jivan Sangam  on June 28 to bid farewell and celebrate the life of Religious Brother Felix D’Mello of the Missionary Brothers of Charity (MC).

Brother Felix, (84) was among the earliest postulants who joined St. Teresa of Calcutta’s  the newly formed religious congregation for men. He was appointed local superior of MC houses during his postulancy and novitiate periods.

Secretary of Gaya YMCA, Priyaranjan Dwyer  said in a formal condolence message: “With profound grief I have to share that Bro. Felix D’Mello MC, Life member of Gaya YMCA passed away. He was an accountant from Mangalore working in Mumbai during his prime youth, tried  to help an unknown person, who could not be saved.

“This was a turning point in his life and he renounced his corporate life to a volunteer social activist and joined Mother Teresa’s organisation (where no salary is given), and served for more than 50 years, much of which was in Gaya. He was socially active till the last phase of his life. Gaya YMCA felicitated him in 2021 for his dedicated community service.”

Archbishop Sebastian Kallupura, speaking at the funeral service, said that though most Catholics are aware of the work of Priests and religious sisters, the important service to the Church given by religious brothers goes unnoticed.

Felix D’Mello  was born on 20th November 1938 in a very traditional Catholic family at Bejai in the coastal town of Mangalore in Karnataka.

His father,  Albert D’Mello and mother, Anna Piad were God fearing Catholics. Brother was the second child among , with an elder and younger sister. His parents were ardent devotees of Our Lady and their children inherited the same devotion from their early childhood.

As a young boy  Felix was very regular and faithful in the Parish. He  passed the secondary school examination from St.Aloysius Jesuit school in 1956 from Mangalore and later did his Secretariat course from the same college.

Felix  was known as one of the best students,  specially good in Mathematics. Soon after the completion of the  course he landed a  job in the State Electricity department in Mangalore.

Seeking further advancement he shifted to Bombay  to Mumbai in the account section of a leading Machinery manufacturing company..

Felix , in his early twenties, had enough money, friends and comfort but at times he used to find himself empty.  He discovered himself and was inspired to do something extraordinary service for the poor people.

One day he came across a Magazine named REKNOW and  he read an article about  Mother Teresa Of Calcutta. Her life touched the very core of Felix’s heart. With much prayer and consultation with his family, he joined Missionaries of Charity brothers in 1967 at the age of 28 years.

Brother Andrew, the co-founder of the MC Brothers, saw Brother Felix’s leadership qualities and rapport with the postulants and  young brothers.  Br. Andrew  appointed him as local superior of Dum Dum community to lead a group of brothers as well as to form himself as a postulant.

He pronounced his first vows as a Missionaries of  Charity religious brother on 2nd June 1970.

He rendered his service in the city of Kolkata,  and in Bihar and Jharkhand. He served the poorest of the poor in pPlaces like Bokaro, Kishanganj, Darbhanga, Ranchi.  For the last 22 years he  lived as faithful, dedicated as a missionary in the Gaya community.

“Even at the age of 84 he never missed community prayers. A saintly man who was always happy in the community. We have lost a great exemplary brother,” say the members of his community

On the 16th June he was taken to Kurji Holy Family Hospital (Patna) and was admitted in the ICU. He was diagnosed with pneumonia and oxygen level was low. His condition worsened  and there were  multiple organ failures. The doctors tried their level best but hedid not respond to any medication.

After 16 months, Goa activist’s body to be buried 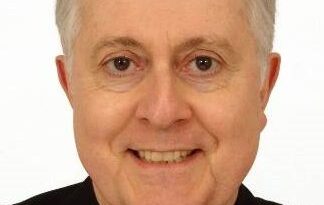 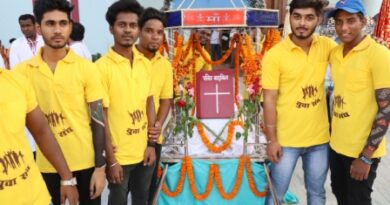