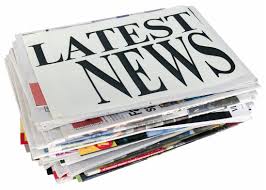 GUWAHATI; Sorry Chief Minister, we are not covering your press conference! Newspapers in Assam will not carry any government news, photographs, or advertisements for three days, in protest against the apathy of the Assam Government towards newspaper houses

The North East Newspaper Society has announced a three-day boycott of all State Government advertisements, any news related to the State Government and photographs. The boycott starts Sunday, March 10 and continues till March 13.Thisis the way to ‘register its protest against the apathy of the Government towards the problems faced by newspaper houses of Assam, it was decided at an emergent general meeting of the Society held at the Agradoot Bhavan.
The meeting, chaired by Kanak Sen Deka of Dainik Agradoot, was attended by Prafulla Govinda Baruah of The Assam Tribune, Sadin-Pratidin group’s Jayanta Baruah, Subrata Sarma of Dainik Janambhumi, Samir Agarwala and Pranab Talukdar of GL Publications, Khagen Chandra Deka and Sunil Kumar Singh of Asomiya Khabar, Swapnil Bharali and Kaushik Hazarika of G Plus, Rameswar Chauhan of Hills Times and Pranjal Sen Deka of Dainik Agradoot, among others.

While the rates of advertisements have not been revised since 2014, the cost of newsprint, other printing materials and transportation has gone up manifold. As a result of this, the newspaper industry has been reeling under a severe crisis.

During a meeting with representatives of the Society on February 22, 2018, Chief Minister Sarbananda Sonowal had assured to resolve three crucial problems faced by the newspaper houses – centralise the payments, make payments within 60 days, revise rates of advertisements every year, besides clearing all the outstanding dues. But those assurances have remained a lip service till date.

Even the Gauhati High Court has issued an order in this regard, but it has not been honoured as yet.

Another meeting with the Additional Chief Secretary at a later date also did not yield the desired result. Several representations to the Government have fallen on deaf ears.

“The newspaper houses did not have any other option but to call for the boycott. If the Government fails to initiate any steps to resolve the issues even after that, the newspaper houses will be forced to take sterner decisions,” a statement from the Society said.