Marandi was talking to the mediapersons at the Circuit House after returning from a program at Chakulia. Former CM said that it’s the first time that the officials have been transferred in such a small time, even though Raghubir Das, after assuming office, said that during his tenure the transfer posting would not be promoted. Many officers were transferred in a month.

Chief Minister has completed 6 months in office but not a single work has been done but the point to be noted is that CM has made several announcements and by now he would have forgotten the amount of announcements made, Marandi alleged.

The JVM chief further said that BJP had announced that if they would come to power they would implement the local issues but ‘Das had taken the papers to Delhi’ and till now nothing has been done. He further said that it is now clear that Raghubar is now the sevak of Amit Shah.

Talking of the upcoming Bihar Assembly election, Marandi said that JVM would support the Nitish-Lalu alliance in the state. Marandi further said that Nitish Kumar is a people’s leader and has always worked for the development of the state and this is the reason his party have decided to support Nitish. 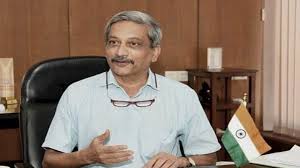