This week, Pope Francis has named 17 new cardinals of the Roman Catholic Church from around the world, many of whom will help choose his successor. The new cardinals come from five continents, and include the Vatican’s envoy to Syria.

Though some observers expected to see a new cardinal from India, the Pope chose to elevate an ‘anglo-indian’ bishop from Bangladesh. Bishop Patrick, with ‘Anglo-Indian’ ancestry may be regarded as the first ‘Anglo-Indian’ cardinal by the community.

The range of backgrounds “represents a break with custom”, said the BBC’s David Willey in Rome.

Pope Francis has now chosen close to a third of the College of Cardinals who will ultimately pick who succeeds him.

Only cardinals under the age of 80 can vote on the next Pope. Thirteen of those named cardinals on Saturday are under 80, and are now eligible to succeed him.

It is the third time in three years that Pope Francis

, the first Latin American Pope, has named new cardinals. He has used each opportunity to promote members from outside the College’s traditional European base.

The new cardinals come from countries including the Central African Republic, Bangladesh, Papua New Guinea and Mauritius, among others.

During the ceremony, Pope Francis decried what he said was a “growing animosity” between people, and raised concern over those who “raise walls, build barriers and label people”.

“We live at a time in which polarisation and exclusion are burgeoning and considered the only way to resolve conflicts,” he said.

Mario Zenari, Italy (who will remain in his role as Papal Nuncio to Syria) 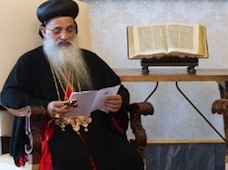 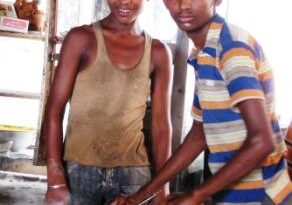 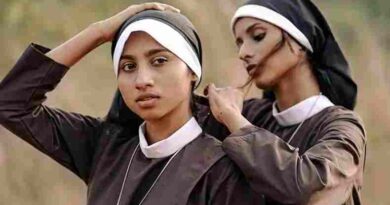