Madhya Pradesh: The peace and amity of the country is being systematically dismantled as ‘fringe groups’ of anti-socials claiming to be Hindu groups have let loose a campaign against Christians. In Sagar, the  Catholic diocese has appealed to the  government reign in radical these Hindu groups that are spreading  malicious campaigns against the Church.
“Well orchestrated campaigns are going on against us for the  two months to portray all our works as a means for religious conversion. This is totally false and aimed at creating distrust and discord against us among other religious communities,” Father Biju Thottungara, public relation officer of Sagar diocese in Madhya Pradesh state, told a press conference earlier this week.

The priest accompanied by two other priests – Fathers Anto Kannanpuzha and Sabu Puthenpurackal — addressed the media at the diocesan social work center in Sagar, the headquarters of the Syro-Malabar diocese aftera  radical Hindu group carried out series of malicious media campaigns against Christians.
“We are accused of converting Hindus and Dalits to Christianity, this is not true,” Father Kannanpuzha said. These groups make wild allegations, and promote blatant lies which are picked up by the local print and media outlets for the ‘sensational’ value. This is aimed at giving a communal colour to the various works of social uplift that the church organisations have been doing over the years.

“We want to clear the air of confusion that we do not indulge in religious conversion,” Father Kannanpuzha explained.

Bishop Antony Chirayath of Sagar said, “We are continuously threatened and the community lives in fear.”

“We have been s 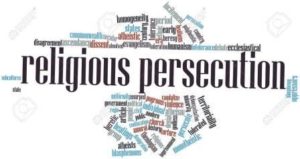 erving the poor and the downtrodden and help them come up in their lives through various social welfare schemes, but now efforts are on to defame the community to stop such works that are very beneficial for those living in the margins,” he said.
Bishop Chirayath also sought help from the district and state authorities, including the governor and the chief minister of Madhya Pradesh and National Minority Commission, to protect Christians and their institutions from the onslaught of Hindu groups inimical to the Christians.
“The district officials, he said had given assurance to look into the matter,” he added.

Meanwhile, on Nov 10, a crowd of radical Hindutva aadherents took out torchlight march in the heart of Sagar town demanding action against Christians, who they alleged indulged in ‘religious conversion’. The protestors also issued a two-week ultimatum to the district authorities to act against the missionaries failing which they would face ‘indefinite protest’ before a Catholic orphanage.
The local ruling Bharatiya Janata Party (BJP) legislator Pradeep Lariya added on more provocation, publicly saying that  Christians were involved in ‘religious conversion’ and demanded action against them.
Earlier in September, government officials evicted a Catholic priest working at a remote area in the diocese and closed the 20-year-old mission following a dispute over the land title under pressure from the Hindu groups opposed to the presence of Christians in the village.
The Christian missionaries have been contributing for the welfare of poor and impoverished villagers at Mohanpur village in district Guna and other areas.
The priests and nuns working in the diocese say with continues onslaught of right wing Hindu activists against Christians, it has become increasingly difficult for them to work in villages, because of an air of hostility that is being created by such groups.

Such unprecedented emergence of groups that fan hatred and hostility have been increasing in Madhya Pradesh, ever since the BJP government under Narendra Modi took over in New Delhi, say observers. The messages of equality of all people, rights of Dalits and tribals, empowerment of women, holistic education, are seen as opposing the patriarchal ideological positions of these Hindutva groups, who of course are the die hard supporters of the RSS and the ruling BJP. These fringe groups are allowed to run riot, because they are emboldened with tacit support from some segments of the ruling dispensation, it is felt. 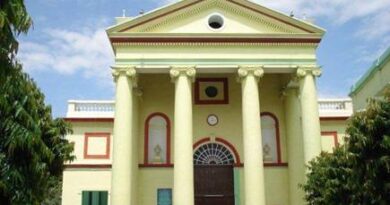 Catholics : a part of Bihar for over 300 years!

Archbishop speaks of family in Patna run-up to Jubilee