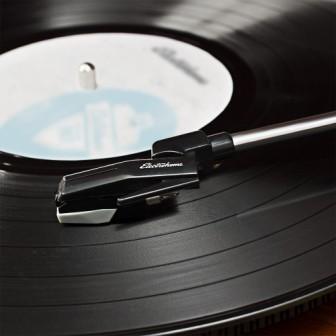 Saturday marks the 11th year of Record Store Day, the annual international jamboree that celebrates the shops that continue to prop up the recorded music industry, often against some pretty stiff challenges. There are often grumbles about the event being too gimmicky, but for many people this is a great chance to reconnect with record stores they love – and pick up some special edition swag.

The only ‘genuine’ RSD outlet in India is The Revolver Club in Bombay (Mumbai), and Saturday is just gonna rock for all our vinyl collectors. Yes, we are the ones who still drop the needle on a spinning disc.

“An LP record to me, it’s quite a palatable, physical object. You have a cover, you have an inner-sleeve and a record. It’s a tangible object. it connects you with the past.” -A Vinyl lover

ABBA, David Bowie, Prince and Courtney Barnett among Record Store Day exclusive releases …
The annual celebration of independent record shops takes place on 21 April, with the usual sought-after limited vinyl editions. No music fan is ignored in this year’s Record Store Day release list, says a piece in the Guardian. Novelty singles your bag? Shaggy’s Oh Carolina gets a 25th anniversary release on green vinyl, no less. Grateful Dead  your affliction? There are releases with Bob Dylan and a Fillmore West live set – but which one to choose! Consider it an expensive mystery to crack. Genuine curios? 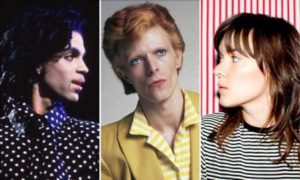 Bobbie Gentry’s Live at the BBC gets its first official release, as does a slightly tweaked version of the early Joy Division incarnation Warsaw’s self-titled debut. Frankie goes to Hollywood are releasing a four LP box set!

The organisers of Record Store Day have announced the exclusive vinyl releases for this year’s celebration of independent record shops. The list features four David Bowie records, including his self-titled album, a double LP set including mono and stereo versions; a heavyweight 12in single of the previously unreleased full-length demo of Let’s Dance; the first commercial release of Now, a rare 1977 US-only compilation; and WTTB, another previously unreleased three-LP live album recorded by long-term producer Tony Visconti at London’s Earl’s Court in 1978.

Among other rarities on offer are Prince’s 1999 available on vinyl for the first time since 1983, a Cure compilation with 16 new mixes by Robert Smith, and Bobbie Gentry Live at the BBC, released for the first time ever. Arcade Fire will issue their self-titled EP from 2002 for the first time on vinyl, and the National commemorate their 2007 album Boxer with a front-to-back live rendition recorded in concert in Brussels in 2017.

Several artists will use the occasion to debut material from their forthcoming albums: Australian songwriter Courtney Barnett previews her second album, Tell Me How You Really Feel, with the double A-side City Looks Pretty and Sunday Roast. New York indie-rockers Parquet Courts release Monologue from their new record, Wide Awake, Julian Casablancas’s band the Voidz share Qyurryus/Cool As, and dream-pop band Belly will release Feel, a four-track release featuring two songs from their new album, Dove, along with two other unreleased tracks.

Other enticing curios include The First 48 Inches of Frankie Goes to Hollywood, a box set containing the first four 12 in singles from the Liverpool band’s debut album, 1984’s Welcome to the Pleasure dome; ’ Mystery of Love EP, featuring his contributions to Luca Guadagnino’s film ; and comedian ’s 1993 debut album, They’re All Gonna Laugh at You!.

Record Store Day 2018 takes place on 21 April, with more than 240 shops participating in the UK – the highest number in the event’s 11-year history. This year’s RSD ambassadors are hip-hop duo Run the Jewels.

“A lot of people just associate the customer-base of a store like this, a second-hand record shop, with a bunch of cardigan-wearing, bespectacled, bearded, old men and for a long time that was probably a fair assessment. I have friend who referred to it as dropping her husband off at ‘the man creche’. There’s been a generational shift. There are young people now who are claiming records back. Record shopping is quite a recreational activity for people. Here on a Saturday, especially, you see people come and that’s their chosen leisure activity for at least some time over their weekend. I think there are a lot more women, than ever before. It used to be a bit of a dude-fest, but it just feels like there’s a much broader range of people interested in vinyl.” – one who knows!

Though streaming and downloads have had an enormous impact on record stores worldwide, Taylor said record sales are at their highest in 20 years.